She has several achievements to her credit 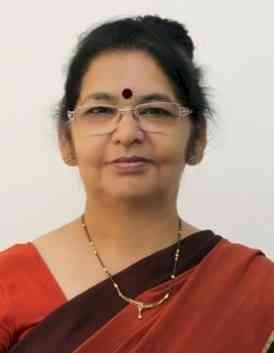 Chandigarh:     Prof. (Mrs.) Praveen Rishi from the Department of Microbiology, Panjab University Chandigarh has been elected as President, Association of Microbiologists of India (AMI) for the year 2022-23 through a triangular contest. Dr. Rishi is the first elected woman President as the earlier three women Presidents were offered Honorary Presidentship during the initial years after the inception of AMI. The result of this election has also highlighted the recognition of Women Empowerment in the field of Microbiology in India. Prof. Rishi has long-standing connect with AMI and is presently also serving as a member of Central Council (CC) of AMI for the second term. AMI is a prestigious association, established in 1938, and is presently having around 5000 life members.

She has several achievements to her credit including the First Woman Dean, Faculty of Science, Panjab University, the First one to be conferred upon Fellowship of Academy of Microbiological Sciences (FAMSc) along with being a fellow of Indian Association of Biomedical Sciences (FABMS). She has also been the recipient of Dr. Y.S. Narayana Oration Award conferred by Indian Council of Medical Research (ICMR), New Delhi and Prof. S.R. Vyas Memorial Award by AMI. Dr. Rishi has also filed 6 patents independently and/or in collaboration and has transferred a typhoid detection technology to the industry in addition to around 150 publications in the International and National journals of high repute.

Webinar on media as profession and industry: a way forward