Online Panel Discussion: What does freedom mean for the Defenders of Freedom?

“What does freedom mean for the Defenders of Freedom?”  was the title of the online Panel Discussion organized by the Dept-cum-Centre for Women’s Studies and Development, Panjab University, Chandigarh today. 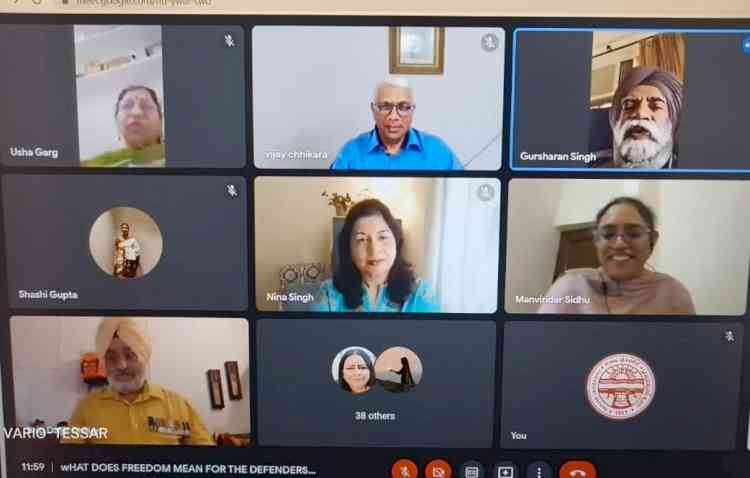 Chandigarh, August 14, 2022: “What does freedom mean for the Defenders of Freedom?”  was the title of the online Panel Discussion organized by the Dept-cum-Centre for Women’s Studies and Development, Panjab University, Chandigarh today.  Quoting John F.Kennedy “Guard Zealously your right to serve in the Armed Forces, for without them, there will be no other rights to guard.”, the Chairperson, Prof.Manvinder Kaur in her welcome address stated that we can sleep peacefully because we have persons who are standing alert at the borders.

Brig. Daljit Singh Dhillon (Retd), the first panelist of the day, a veteran of Indo-Pak war and Kargil conflict, and part of Brigade Group capturing the largest territory on the Western Front ( Chicken’s Neck in Dec 1971)started his presentation by saying that freedom for a soldier means exactly the same as it means to all others. However, the perspectives may differ for a poor man may also see freedom in a loaf of bread. He further said that he would use the acronym UID to clarify his notion of freedom. U stands for unity- breaking of barriers, I stands for Integrity which further encompasses courage of conviction, character and D stands for discipline- norms rules and regulation as well as performing our duty.  Nation, he emphasized must come first. Service before self, never self before service. He concluded by saying that a there are four types of citizens, first is one who does nothing, second is a knucklebone who always knocks down everything, third is a jawbone who only comes out with problems to every solution, while the fourth is one with a backbone who is the doer.

Capt Vijay Chhikara, currently commanding the Naval NCC unit Chandigarh and a specialized clearance diving officer, expressed his understanding of freedom with a quote from an unnamed soldier, “ I agree I took up soldiering because I needed a job, somewhere along the way, defending you became a habit, saving your honour became a privilege, your freedom became my religion.” We , he stated, gained freedom , but never quite became independent. Today we can see freedom in the aspirations and dreams of children. He concluded by saying that “Being in the armed forces, I am more free to serve the nation. I am free to be heard, to let my thoughts flow for the betterment of my nation, command a certain respect due to which I am free to suggest and to change the society around me.”

The last panelist Cdr.Ruby Singh, the first woman in all the armed forces to lead the Republic Day parade in 1993, said that in her opinion India attained freedom twice. Once at midnight of August 15, 1947, and second on 26th of November 1949, when we adopted the Constitution of India which promises liberty, equality and justice to every citizen of India.  The persons in the defence forces- the soldier, sailor, pilot protect not only our freedom in the form of self rule, but our freedom to be Indians. Opposite of freedom is captivity whether to another nation or captivity by denial of rights. She concluded with Jawaharlal Nehru’s quote saying, “We shall never allow the torch of freedom to be blown out whether by wind or tyranny.”

The presentations were followed by an animated discussion on how various parochial tendencies particularly caste divides us and are threats to our freedom.

Proposing a vote of thanks Dr.Rajesh Kumar Chander stated that we need to remember that we are Indians first and Indian last and all other identities are secondary. The programme ended with the national anthem.

Pushpa loses her home while Ashwin’s about to lose his job in Sony SAB's Pushpa... 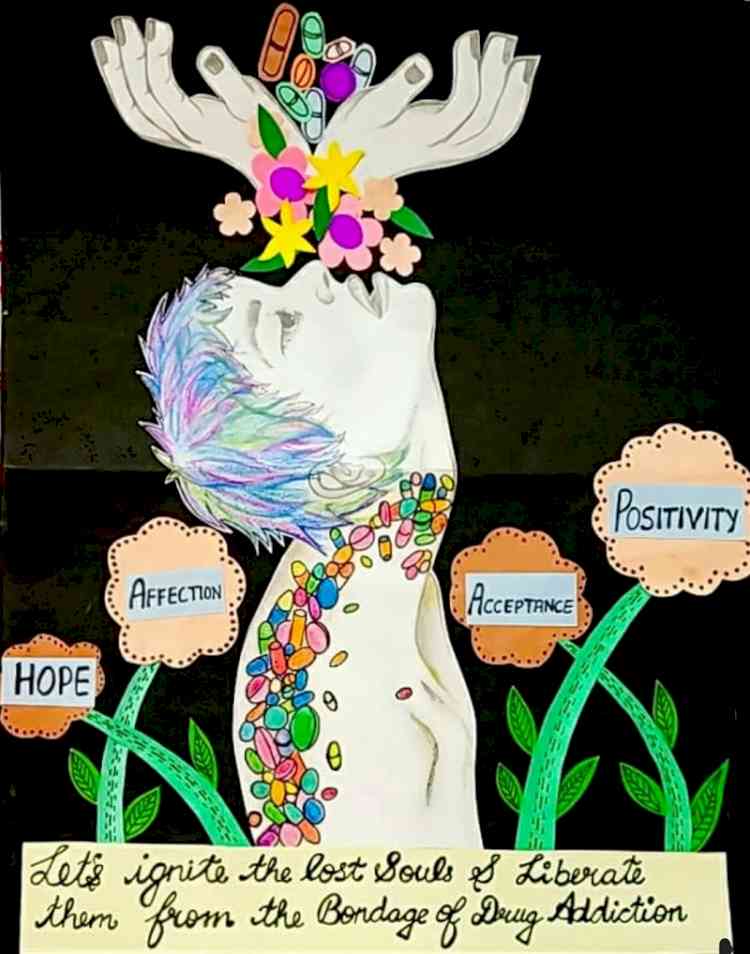 Poster making and slogan writing competition on the theme... 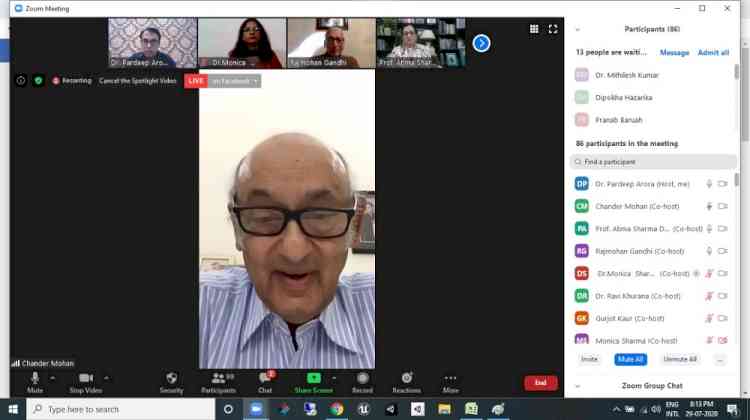 International webinar on attempt to understand why did... 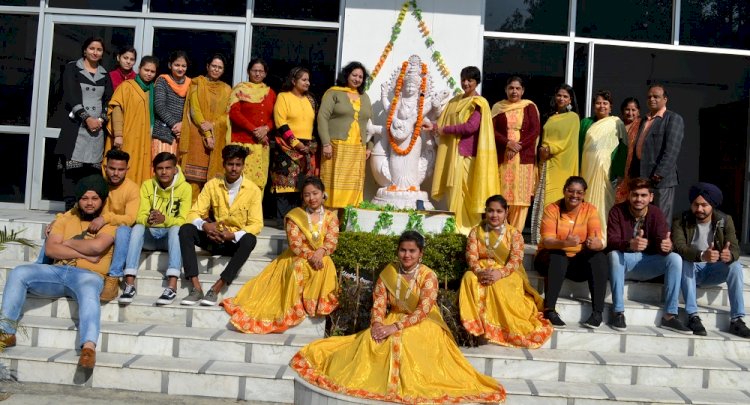