LPU is all set to provide special study abroad opportunities, even in pandemic restrictions, under guidance from experts 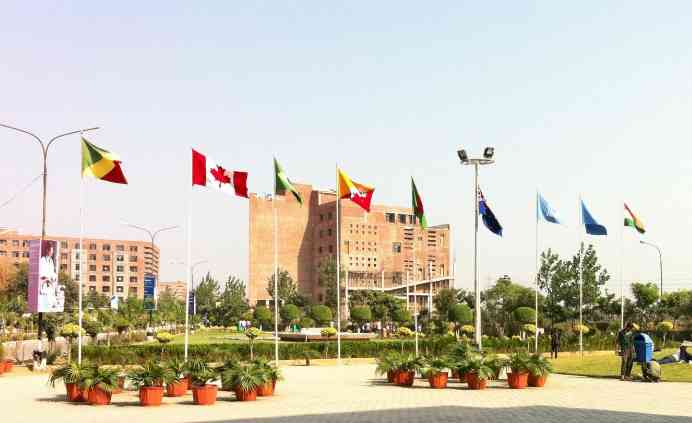 Jalandhar: Every year, many of the Indian students aspire to go abroad in for higher studies. However, this year they got their dreams on hold due to the current CORONA pandemic situation. The parents, too, are reluctant to send their wards abroad, in such a scenario. However, amidst this all, LPU has brought ample ‘Study Abroad Opportunities’ through its unique ‘Credit Transfer Program’, under which a willing student can make a wide choice of his/her preference for the country, university and the program. For this, LPU connects students to its top partner universities across the globe including those of the US, UK, Canada, Australia, Germany, France, Switzerland and more.

Under this credit transfer opportunity, a student can study part of the program at LPU campus and complete the rest of his/her degree at an LPU’s foreign partner university, be it from USA, UK Canada, Australia, New Zealand or any other opted for. In such cases, the part of the program is generally two years for under graduate and one year for masters. In any case, such an option making student gets the final degree from LPU’s partner foreign University. In present precautionary measures adopted world-wide, students can prefer the option of ‘credit transfer’ after two years, when situations are normal. This will prove economically viable also as students will have to pay their fees for first two years in Indian Rupees at LPU, in comparison to expensive dollars of a foreign university.

Additional Director of LPU’s Division of International Affairs, Mr Aman Mittal further informs: “This program has been widely accepted by students and their parents because it removes the concerns borne out of COVID-19. More and more students are opting for this credit transfer option, as they can still realize that their dream of going abroad will certainly be a reality.” Mr Mittal adds: “An interesting aspect of credit transfer is that a student actually gets 2 years to gear up, arrange finances and mange good grades. Also we need to consider the cost effectiveness because the degree is started at LPU and a student is saving in dollars by paying only two-year fees of the concerned foreign partner university.”

KMVites excel in outstanding results of BBA Semester I

Webinar on “Where there is a will there's a way: Experience...