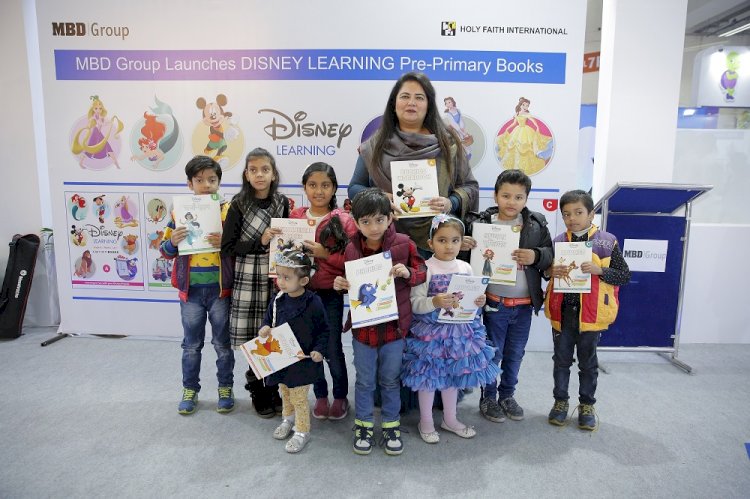 The program has been divided into three years of pre-school for 3 to 5-year-old children. The curriculum areas including Language, Math, Environmental Studies and Art have been designed keeping in mind the five domains of development as enlisted in the NCERT pre-school curriculum. The five domains include physical well-being, health and motor development; personal, social and emotional development; creative and aesthetic development; language and cognitive development.

To make the journey fun and engaging, Disney themes have been integrated keeping in mind the character attributes and the original story. For example, Disney Princess Rapunzel loves painting, she is an artist by nature and hence she has been integrated in art and craft series.

“Combining MBD’s educational expertise with Disney themes, we hope to give kids an opportunity to embark on a magical learning adventure alongside their favourite Disney characters. With the launch of Pre-primary series with Disney Publishing, we aim to create fun learning moments and nurture children’s curiosity and creativity,” said Monica Malhotra Kandhari, Managing Director, MBD group.

Nerves of steel and a heart of gold