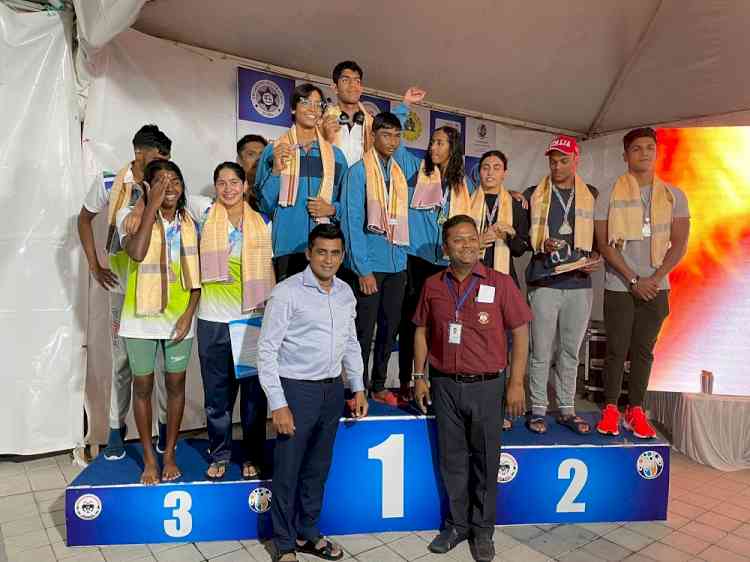 "I wanted to start really well and do a quick 25m, I clocked 23seconds in the first 50m. And went 26 seconds in the second 50m. I thought I could go much faster than 49.94 but feels good to have gotten the record," stated Srihari after the event.

The silver in this event went to Anand As of SSCB. He clocked 51.68 seconds while Karnataka's Tanish George Mathew took home the bronze medal with a time of 51.85 seconds.

Kushagra Rawat of Delhi, on the other hand, was in his best elements as he bettered his own mark of 8:09.47 in the 800m freestyle for men. He clocked 8:08.32 seconds to smash the national record set in 2019 and win the gold medal ahead of Aneesh S Gowda of Karnataka who timed 8:23.89 seconds and Vedaant Madhavan of Maharashtra won the bronze with a time of 8:28.68 seconds.

Punjab's Chahat Arora stole the limelight in the women's category today with her 50m breaststroke dash. She timed a brilliant 33.62 in the heats to break Tamil Nadu's AV Jayaveena's record of 33.81 created in 2018.

Though Chahat couldn't clock a faster time in the final, her effort of 33.86 was enough for her to win the gold ahead of Apeksha Fernandes of Maharashtra who clocked 34.07 seconds. Manavi Varma of Karnataka won bronze with a time of 36.31 seconds.