During the year 2021, BSF has effected some manor seizures on Punjab Border 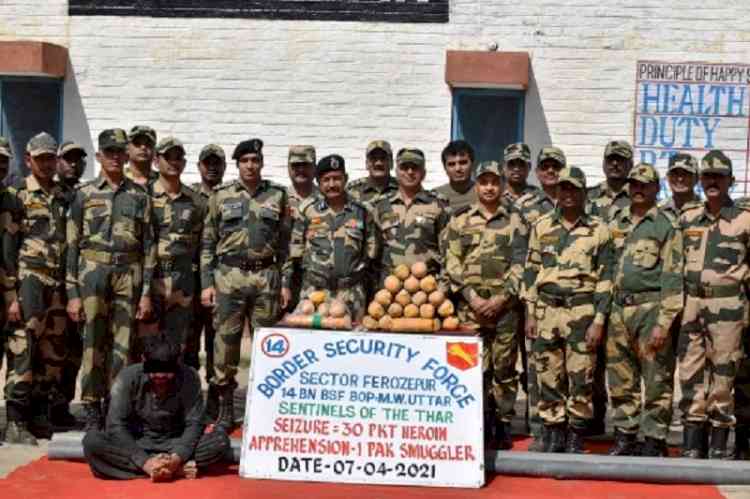 Ferozepur: On Wednesday, on specific intelligence vigilant Border Security Force (BSF) troops planned operation and executed well with apprehension of 1 Pak Smuggler and seized 30 Packets of contraband (about 29.870 Kg) suspected to be heroin along with 2 Smart Phone in the area of responsibility of 14 Bn BSF, Khemkaran under Ferozepur Sector.

In another incident, the BSF troops belonging to 136 Battalion seized 3 Packets of Heroin along with 12 Feet Plastic Pipe.
With this the, vigilant troops of Border Security Force once again thwarted the attempt of Anti-National Elements to push the Consignment of Contraband items into India.

Support Elders Family will now include senior citizens of Hyderabad

Scholarships worth over 2 crores distributed through Akshaya...