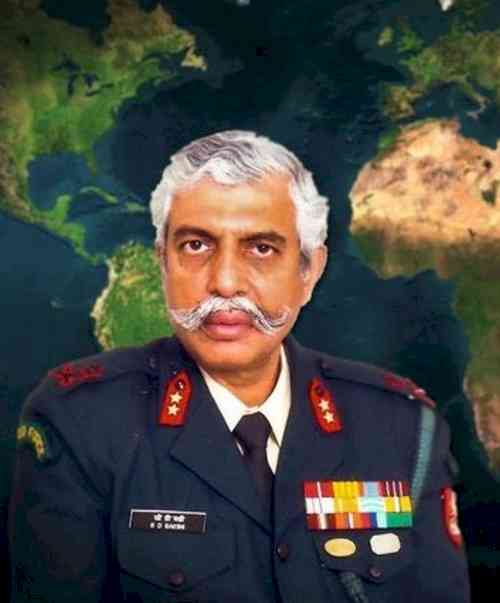 Chandigarh: The Department of Sociology, Panjab University, organized a national webinar on 'India China Stand Off by Major General GD Bakshi, a well known and highly acclaimed military scholar who is known for his passionate views on matters related to military and defence.

Major General Bakshi emphasized on the significant role which Indian Army can play in combating the Chinese Army. He focused on the fact that India needed to give an active military response to China for killing our 20  soldiers and highlighted that indian army did indeed retaliate strongly by killing their 60 soldiers. He reiterated that our country should continue to show a strong resistance to such attacks which occurred in the recent past  so that both China and Pakistan cannot harm India in any form .

Prof V R Sinha Dean Research Panjab University Chandigarh gave a formal welcome to General Bakshi and appreciated his valuable contribution to the nation . Earlier,the chairperson Prof Rani Mehta introduced  the distinguished speaker by highlighting his military achievements and his thoughtful deliberations which are full of conviction and based on factual evidence.

PU and FRI to collaborate for meaningful research

DU yet to fill posts of permanent Principals in 20 colleges