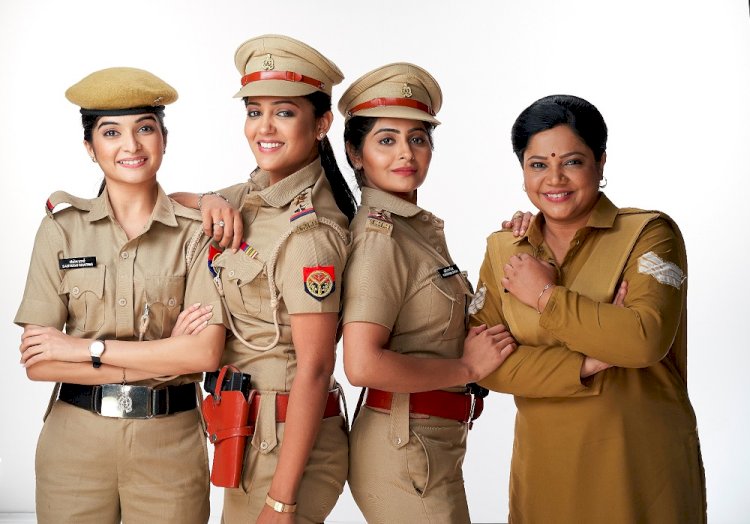 Sony SAB broadens its content slate with a one of its kind light-hearted value driven show ‘Maddam Sir’ set to premiere on 24th February 2020, at 10 PM. With an apt tagline, ‘Kuch Baat Hai Kyunki Jazbaat Hai’, the show is set to change people’s perspective about typical policing. The story showcases the power of women instincts while beating the stereotype of the conventional way of policing and introduces a fresh belief of policing with a heart.  Maddam Sir addresses social issues through the eyes of four dynamic women police officers who will set the audience’s hearts on fire with their unique set of qualities that distinguish them from each other.

Maddam Sir is set to add the element of fun, drama and teach the viewers some valuable lessons.

Gulki Joshi, playing the role of Haseena Mallik said, “Maddam Sir is a value-driven show and I am extremely happy to be a part of it as it will not only entertain the viewers but all give them something to think about. My character Haseena is a disciplined, focused and a go-getter personality, something which I personally relate to. So, it has been really exciting shooting for this character, especially with such an amazing team. Everyone has got along really well and we have an amazing time on the sets.”

Yukti Kapoor, essaying the role of Karishma Singh said, “My character Karishma, is a fierce police officer who doesn’t believe in emotional policing as much as she does in penal punishment I love my character and we are all working very hard to bring perfection into our roles. Since the show is based in Lucknow, I am working on my dialect and we are also being trained on the mannerisms of a police officer. It is very exciting shooting for Maddam Sir and I’m sure the audience is going to love watching this one of a kind show.”

Sonali Naik, playing the role of Pushpa Singh shared, “This is my first show with Sony SAB and I am really excited for it as I have never tried this genre previously. This role is somehow challenging for me as I am required to do comedy with a straight face but my face speaks a lot. Also, I am working on my accent as being a Maharashtrian, it is a bit difficult to get the Lucknow accent proper. However, I am glad to be a part of such a show with an amazing theme.”

Bhavika Sharma, playing the role of Santosh Sharma said, “I am overwhelmed to be working for an amazing show like Maddam Sir and with really great co-stars. With our characters being so distinct, there something different that we get to do and learn from each other. It feels great to be bringing for the audience a show based on a really important and innovative concept that of a ‘Mahila Police Thana’ as we present it with an element of fun. I request the audience to support us and shower some love upon our show.”