Science has broken several prevailing myths and given rationalist ideas

Seminar on importance of science in building modern society 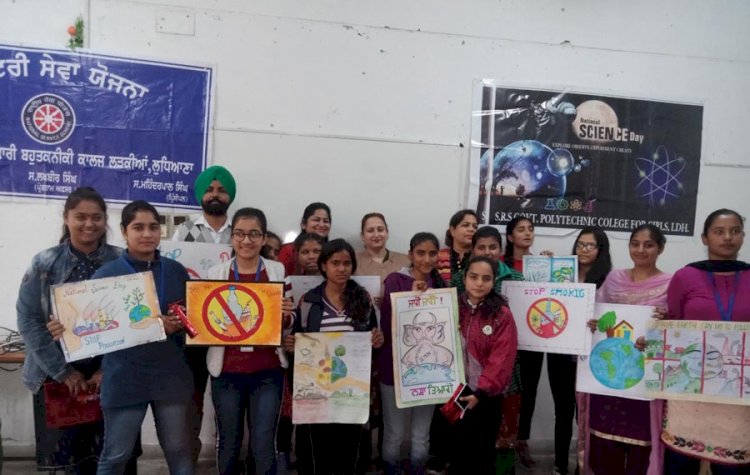 Ludhiana: The Govt. Polytechnic College for Girls. Rishi Nagar Ludhiana organized a seminar on Importance of Science in building modern society. Principal of the college Er M P Singh briefed about the purpose of such seminar.
Dr Arun Mitra, General Scretary Bharat Jan Gyan Vigyan Jatha (BJGVJ) Ludhiana who was the main speaker at the seminar said that science has broken many myths prevailing in the society right from formation of earth, evolution of life and then man. Through several researches it has brought to the fore the causes of problems in the society including oneness of all humans, causes of diseases and their remedy based on evidence. He asked the students to develop rationalist mind and not believe in something because they have been told so, but they should   be inquisitive.
Ms Kusum Lata, a science teacher and preacher, Secretary of the BJGVJ and National Awardee said that such programmes are necessary to inculcate rationalist  ideas. M S Bhatia, organizing secretary of the BJGVJ said that there is need to develop scientific temper and shun the ideas of hate but develop brotherhood/sisterhood.  He appreciated the college for holding such events.
Er S. P. Singh, Er Rupinder Kaur , Er Lakhbir Singh , Er Pooja Bhanot welcomed the guests and told about activities of the college in regard to spread message of science.
A declamation contest and a poster competition were organized and students were given prizes. Er Rekha Gupta, Er Harneet Kaur, Er Rajni Bhalla  were the judges. Students who won the awards in the declamation contest include First Prize Bhumika ECE _1st year, 2nd prize  Shifali CSE, 1st year, 3rd prize Babita ECE 3rd year& Kajal CSE _3rd year. In the poster making competition 1st Prize  Aarti IT, 2nd year, 2nd prize Shaweta ECE 2nd year, 3rd prize  Rajbir Kaur and Diksha IT 1st year.