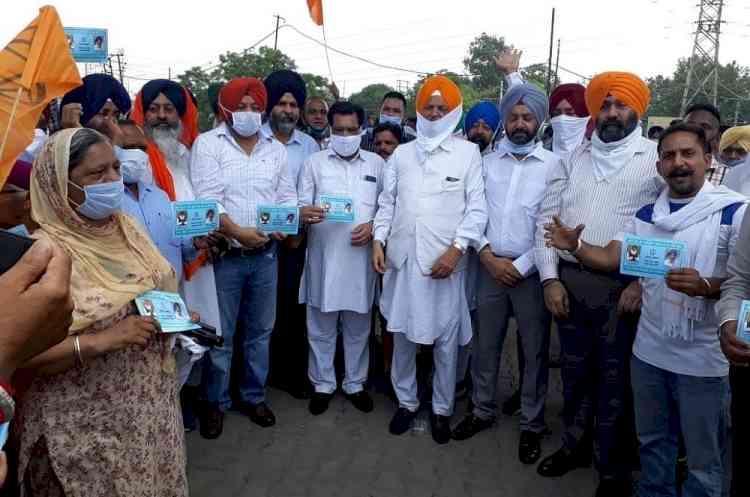 While the party protested against the hike in oil prices and increase in electricity bills, they also raised its voice against the Government of Punjab for the restoration of the blue cards of the poor and needy.