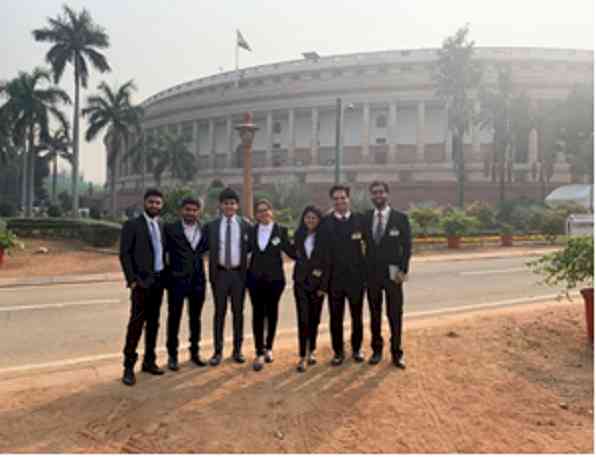 Pune, December 4, 2021: A delegation from Symbiosis Law School, Pune visited the Parliament building, New Delhi, on 25 November 2021, to attend the ‘National Conference of Law Students’ organised by the Lok Sabha Secretariat on the eve of Constitution Day 2021. The theme of the conference was ‘Separation of Powers in the Age of E-Governance’ and was attended by Delegates from 31 Law Institutes. On behalf of Dr. Shashikala Gurpur, Director, SLS, Pune, the delegation was led by Prof. Kshitij Naikade, Assistant Professor, SLS-P, and comprised of students - Angira Bhattacharjee, Tamanna Chachlani, Shivansh Ahuja, Vedansh Tandon, Taresh Bakshi and Ashwin Vardarajan.
The conference’s inauguration ceremony was blessed by the presence of several dignitaries including Speaker of the Lok Sabha, Shri Om Birla; Union Law Minister, Shri Kiren Rijiju; Deputy Chairman of the Rajya Sabha, Shri Harivansh Narayan Singh; Chairman of the Parliamentary Standing Committee on External Affairs, Shri PP Chaudhary; Chairman of the Standing Committee of Personnel, Public Grievances, Law and Justice, Shri SK Modi; and Secretary-General of Lok Sabha, Shri Utpal Kumar Singh.
The ceremony began with the launching of the ‘Gen-Next Democracy Network’ Program launched by the Indian Council for Cultural Relations, where leaders under the age of 35 from 75 democratic countries would be invited to see the functioning of Indian democracy. Hon’ble Union Law Minister, Shri Kiren Rijiju, in his address, focused on the need to bridge the gap between the three organs of the State – the Legislature, Executive and Judiciary, and the instrumental role his office played in doing so.
The following address by Hon’ble Deputy Chairman of the Rajya Sabha, Shri Harivansh Narayan Singh focused on the importance of the Constituent Assembly’s debates in understanding how separation of powers in India’s Constitutional framework must be nurtured to preserve the ‘Idea of India’ envisioned by the framers of our Constitution.
Lok Sabha Speaker, Shri Om Birla, focused on the need of preserving the Constitution, which he referred to as, “a document that will outlive every citizen of this country, owing to the patience with which it was drafted and its overall far-sightedness.” He also urged law students to cautiously introspect on the knowledge they possess in order to regularly participate in the law-making process at the public consultation stage.
The panellists for the plenary session of the conference consisted of Shri PP Chaudhary and Shri SK Modi. The opening address of the conference was made by Shri PP Chaudhary, where he laid down the broad contours of the conference’s theme – ‘Separation of Powers in the Age of E-Governance’. Thereafter, one member from each delegation was permitted to present their views on the topic in a three-minute address. Over 31 delegations attended the conferences, most of whom presented their views on the theme.
Mr. Taresh Bakshi, 5th Year Student at SLS-P, made a presentation on behalf of the delegation from Symbiosis Law School, Pune. In his speech, Taresh emphasised on how the Indian Constitution does not explicitly recognise the principle of ‘separation of powers’. He also noted that the judiciary has recognised the separation of powers as a basic feature of the Indian Constitution, and highlighted the importance of the three organs of the State working in tandem to promote the welfare of the sovereign – we, the people of India.
After all representatives of the delegations had spoken, the panellists presented their views on the subject and commended the quality of law students in India. Shri SK Modi was grateful for how far legal education in our country has fared, and stated that there is still a long way to go. In the Concluding Address, Shri PP Chaudhary summarised the importance of the three organs of the State in the working of the Constitution. Lastly, he implored the delegations to remember that it is not always the Constitution which fails us, but us who sometimes fail the Constitution.
The National Conference for Law Students was an insightful and inspirational visit for the delegation. By bringing law students from around the country to discuss matters of Constitutional importance, all participant left with deeper insight into the three organs of the State. These discussions were also uniquely symbolic since they took place in the hall where the Indian Constitution was drafted. 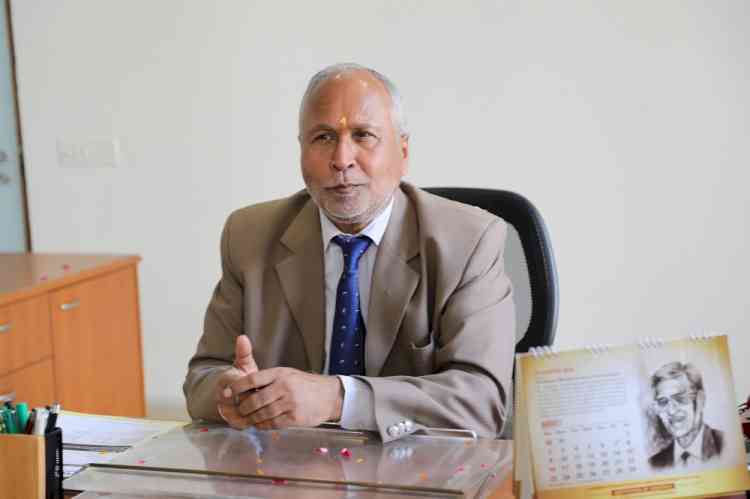 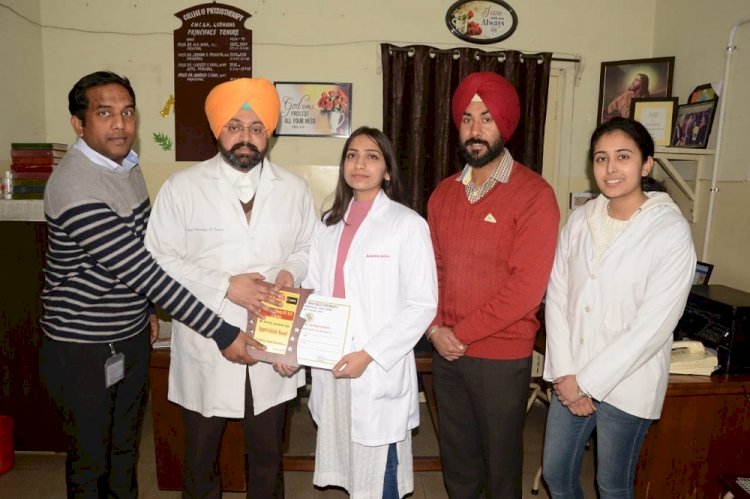 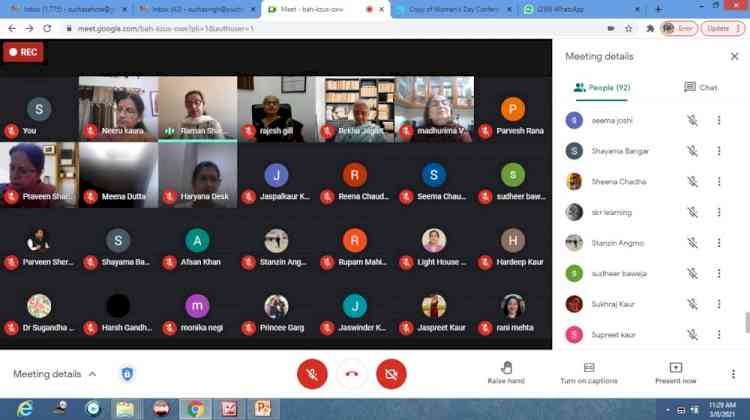