Says readiness to experiment helps one succeed in life 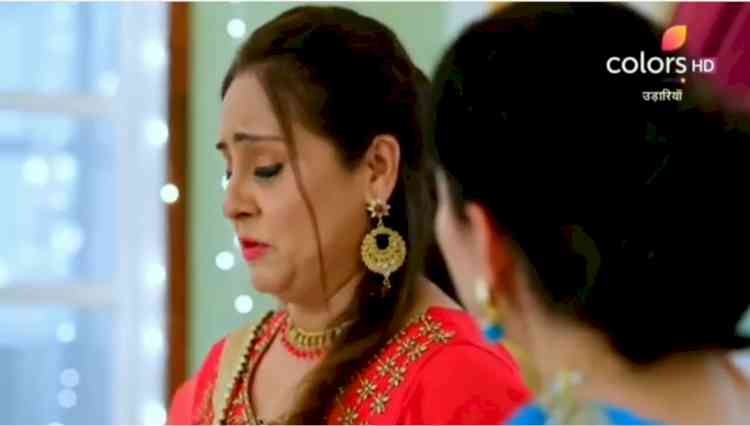 Chandigarh:  A versatile female Punjabi singer, Kiran Kaur who shot to fame with a 'singing' reality show 'Awaaz Punjab Di Season 3’ has bagged an important role in the television drama series ‘Udaariyaan’ on Colors channel.  Kiran is playing a soft spoken lady who always wishes the best for her family. The series is presently being aired on the channel.

Singer turned actor, Kiran Kaur who is playing the character of ‘Pammi Bua’ in the show, said, “I was on the cloud nine when I was first told that I shall be playing the character of Fateh’s Bua who is the lead in Udaariyaan on the prestigious Colors channel. It’s a blessing of Waheguru ji that He gave me such a wonderful opportunity. I have been singing from my childhood days but had never thought that I would be working as an actor one day for such a big channel like Colors. I have always been open to taking up new challenges in my life and career , I feel if one is ready to experiment in life the chances of success increase exponentially.”

Kiran's first love is singing and her primary profession will always be that of a professional singer.

Kiran added, "I have recorded a big budget Haryanvi song which is releasing under the banner of 'Dhakad Hangama'. My song is expected to be released in the middle of July. Top Haryanvi star cast of Uttar Kumar and Kavita Joshi will be featured in the song."

An interesting aspect about the song is that Kiran Kaur who is primarily a Punjabi singer has sung a Haryanvi number and done full justice to the song. It is also noteworthy that "Dhakad Hungama's" previous song 'Razi Bolja' is going to touch 100 million views on YouTube with more than 6 lakh reels on Instagram.

Kiran Kaur who had never dreamt of becoming an actor summed up, “Other than the Haryanvi song some Punjabi and Hindi numbers have also already been dubbed. As of now, I am focusing on my role in 'Udaariyaan' and am ready to accept good offers in acting in the future as well.”