Chandigarh: Punjab Finance Minister Mr. Manpreet Singh Badal today met Union Minister of Chemicals and Fertilizers Mr. D. V. Sadananda Gowda and sought the establishment of a national Pharmaceutical Park in Bathinda.
The Finance Minister informed the Union Minister that Bathinda is the best positioned destination to set up a Pharmaceutical Park, and a tranche of 1350 acre of land is readily available for the venture. The land has been vacated by the erstwhile Bathinda Thermal Plant. Further, a functional railway siding and infrastructure is also available for the supply of raw materials and carriage for the Pharma industry.

Mr. Manpreet Singh Badal also thanked Mr. D. V. Sadananda Gowda for his prompt and positive response in providing an opportunity to present the case of Punjab. The Union Government has already announced its intention to establish three pharmaceutical parks in the country. The Finance Minister also requested Union Minister to depute a team to visit the site.

“The proposed park in Bathinda could cater to the entire area north of Delhi, reaching out to Punjab, Haryana, Himachal Pradesh, neighbouring Rajasthan, and even Jammu and Kashmir and Ladakh,” Manpreet Singh Badal reasoned. He added that the pharma ecosystem in Punjab is scalable as it is home to some of the biggest USFDA approved pharmaceutical companies like Sun Pharma, Centrient, and IOL Chemicals. The R&D ecosystem of Punjab is bolstered by the presence of ace institutes like NIPER, IISER, Institute of Microbial Research, Institute of Nano Technology, and AIIMS, and this will be hugely beneficial to those companies desirous of setting up business in Punjab.

The Punjab Finance Minister informed the Union Minister that the erstwhile Bathinda thermal plant was gifted to Punjab to mark the 500 years of Guru Nanak Dev Ji. Since the entire nation is currently celebrating 550 years of the Guru Sahib, it would be befitting tribute if we could establish a Pharmaceutical Park. This would be a humble tribute to Sri Guru Nanak Dev Ji on his 550th birth anniversary, the Finance Minister added.
Later on, Mr. Badal had a meeting with Minister of State for Chemicals and Fertilizers Mr. Mansukh L. Mandaviya and discussed the various Punjab related issues, besides conversing modalities and feasibility for the upcoming projects.

No industrial park to be set up on Mattewara forest land,... 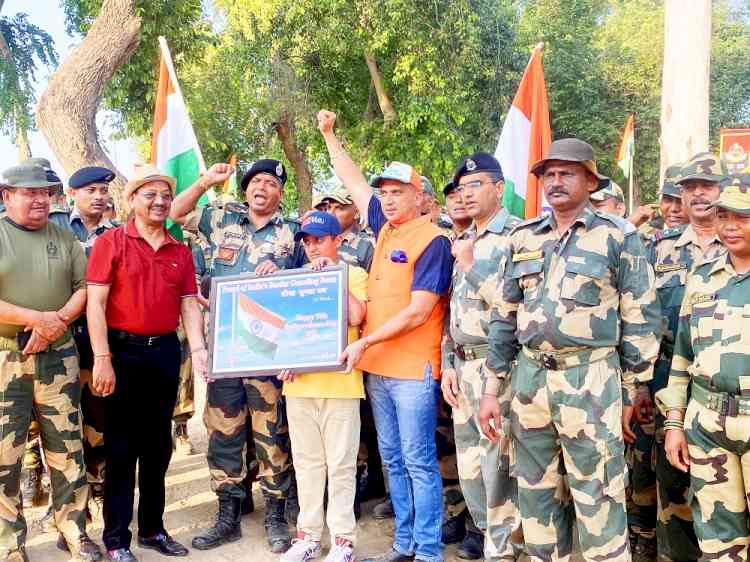