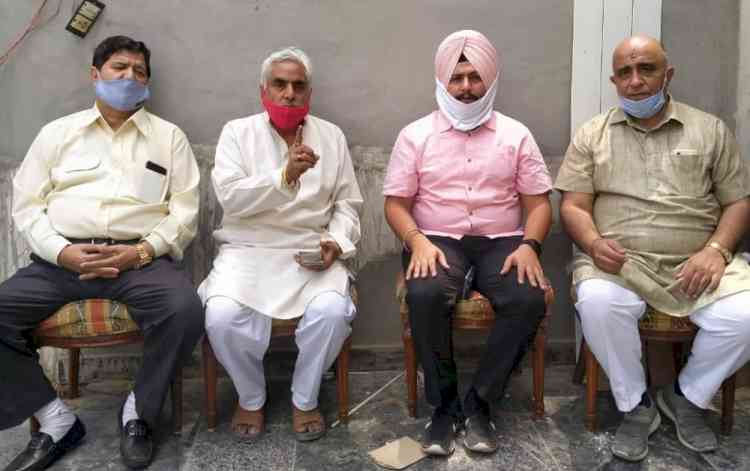 Ludhiana: Punjab Pradesh Beopar Mandal state general secretary Sunil Mehra and other leaders namely Pawan Lehar, Gurdeep Singh Gosha and Rajiv Arora have demanded that the timing of opening of shops in Ludhiana should be from 10 am to 5 pm instead of 5 am to 12 pm as has been done in many other districts of the state. They said that trade was suffering badly. Therefore, present timing was insufficient to run the trade and business in a proper manner. They said the state's traders had suffered a financial loss of Rs.15,000 crores in the fifteen-days lockdown. On the other hand, the state government was not providing any relief to traders either by exempting taxes or power bills,  and so on. They said in view of the present situation, 3 lakh workers had left for their home states. The retrenchment of workers was still on, they added. Even shopkeepers have started retrenchment of their workers, they said. They warned that they would be constrained to launch an agitation if their demand was not met. Traders would be compelled to put black flags atop their shops and wear black badges as a mark of the protest, they added. However, these protests would be done following all the guidelines being issued by the government.