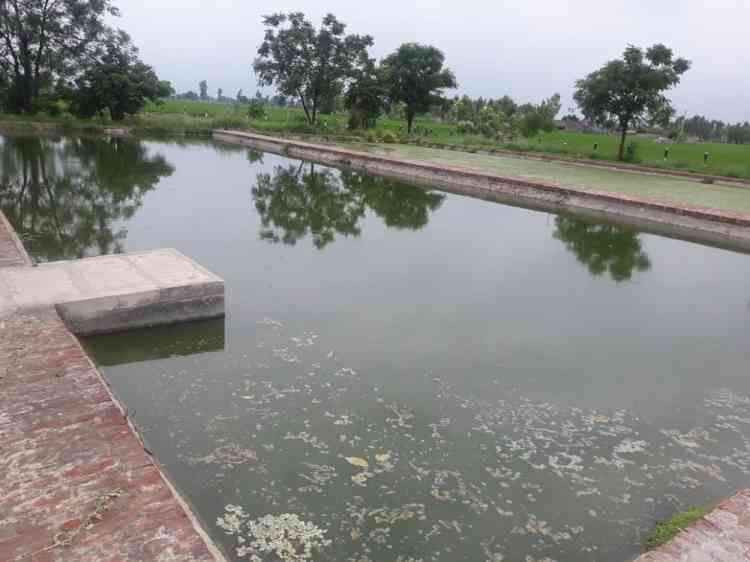 Ferozepur: To preserve water resources in villages and alleviate rural distress amid lockdown, the Chief Minister Captain Amarinder Singh led state government has spent a whopping Rs. 3.40 Crore under a special drive to clean all 413 village ponds in the district.

Divulging the details, Additional Deputy Commissioner (Development) Mr. Ravinderpal Singh Sandhu said that on State Government’s directives, a mammoth exercise to clean 413 village ponds were initiated in May and within a short span of three months all the ponds had been cleaned. He further added that the project had provided a succour to the unemployed rural folk by ensuring 79324 man-days under MGNREGA especially during these difficult times.

Additional Deputy Commissioner further added that ahead of monsoon season all the de-watering and de-silting work had been completed well in-time so that these ponds were ready to contain the rainwater which would help in recharging the depleting groundwater level.

Mr. Sandhu said that apart from groundwater recharging these ponds with freshwater could be utilized for fisheries job, agricultural purposes, and adhering to the various guidelines of the National Green Tribunal.  He said that a large number of unemployed populations were benefited from job opportunities through this project, which was looking for the work amid the Covid-19 pandemic restrictions.

Meanwhile, the DDPO Mr. Harjinder Singh said that under the directives of Rural Development and Panchayats Minister Mr. Tript Rajinder Singh Bajwa, as many as 413 village ponds had been identified for de-watering and de-silting work including 75 ponds in block Guruharsahai, 74 ponds in Mamdot, 73 in Ferozepur, 65 in Ghallkhurd, 46 in Zira and 80 in Makhu block. Similarly, a total of Rs. 3.20 Crore including Rs. 58.20, 39.07, 54.40, 90.87, 22.23, and Rs. 55.50 has been spent on this project in all six blocks respectively besides an expenditure of Rs. 20.33 Lakh on the hiring of technical assistance from experts.

Mr. Harjinder Singh said that the project produced massive job opportunities for unemployed laborers as about 79,324 man-days incurred under this mega drive with 21,220 man-days produced in Guruharsahai, 3500 in Mamdot, 5651 in Ferozepur, 29723 in Ghallkhurd, 6250 in Zira and 12890 in Makhu block. The DDPO said that the state government under the leadership of Chief Minister Captain Amarinder Singh was committed to alleviating the distress in the prevailing situation and maintaining the hygienic environment in the rural areas. He said that no stone would be left unturned to serve the underprivileged sections of the society and bring up development works despite ongoing pandemic.

“Sanghamitra” new initiative to reach out to communities launched

Ranga feels honoured by felicitating women on their achievements