Solar eclipse as seen through PU telescope were released 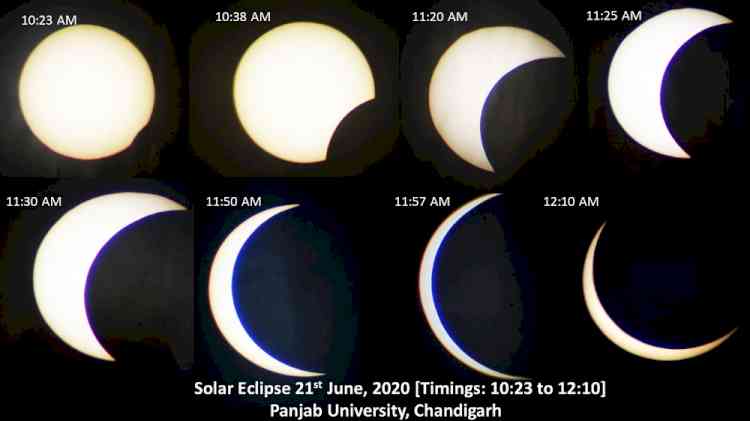 Chandigarh: The sequential images of the various phases of the 21st June, 2020 Solar eclipse as seen through the Panjab University, Chandigarh telescope were released.
Prof Sandeep Sahijpal, Physics Deptt informed that the umbra phase of the eclipse started around 10:30 AM. The eclipse reached its peak around 12:00 Noon. The eclipse was seen in projection mode of the telescope, whereby, the image is projected on the screen. The seeing condition was in general good throughout the observations except for the scattered clouds. The images represent the partial blocking of the sun by our Moon.
He aded that the eclipse does not bring any good or bad influence on any individual. There is no correlation between the eclipse and corona virus,he shared. This is a normal celestial event that happens quite often. The Moon simply passes between Earth and Sun. The Moon casts shadow on Earth just like the clouds cast shadow.