Says, “Timnasa has returned to her full glory” 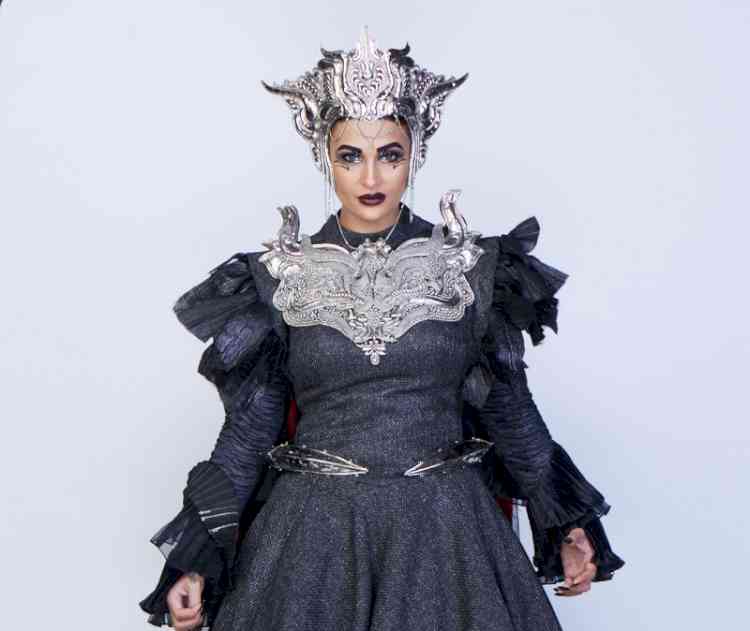 o    It feels too good to reunite with the entire team. These are the people that I love the most. Baalveer Returns is my second home and I believe my whole unit was waiting for my comeback on the sets. I am ecstatic to be back.

•    What was the crew and co-stars first reaction after meeting you on the set after such a long time?

o    Everyone was jumping for joy when I entered the sets on the very first day. All that was left was for them to carry me on their shoulders and shout HIP HIP HOORAY! Everyone was waiting for me for the last three months and now that I have returned, everyone is happy and excited to work together again. The energy on the set is high and everybody is thrilled to deliver their best. My co-stars were really happy upon my return as we all share a great bond. Getting into the shoot – mode and having fun while we are at it is something I have been looking forward to.

•    Are there any changes in Timnasa now?

o    On the sets, Timnasa’s place had been treasured and they have kept my room just the way that I had left it. Infact they have made few beautiful changes in my room. In terms of my character, Timnasa has not only returned, she is way more powerful and ruthless. She was and will continue to be the biggest threat to the Baalveers.

•    What did you miss about your character Timnasa while you were away?

o    When I left Timnasa here in Baalveer Returns and went to the Bigg Boss house, I just missed my arms and ammunitions, especially when I used to get angry. I wished to have my super power and wand during those fights.

•    What can your fans expect from Timnasa’s return on Baalveer Returns?

o    Since Timnasa is back on the show, there’s definitely going to be more drama and adventures now. This time Timnasa will not be defeated by Baalveer but she is determined to fight back furiously. With my return, the sequences will be packed with double power and the competition with Baalveer will be more exciting and dangerous.

•    We already know that your costume is so elaborate and heavy, so what’s your struggle in wearing it again after a huge time gap?

o    My costume is elaborate and heavy and I returned on the sets after three months. The very first day when I wore this dress, I got a severe headache, was feeling breathless and trapped inside something so heavy. I just wanted to get back to my casual clothes. Three months ago, when I used to be on set in Timnasa’s attire, in the span of 1 year, I got so used to the clothes and costume that I even wore the crown on the sets for 2 to 3 hours straight, while other co-actors used to remove their armors after a shot. On my very first day in this costume, I was removing my crown every other second. So, I really struggled adjusting to the look also the flow of character is somewhere diminished in me, I was taking several re-takes and a whole day to get back into Timnasa’s skin. It was indeed very difficult and challenging for me.

•    How has the experience been shooting with Shoaib as he will be your partner in crime in the show?

o    The new season brought the underwater world of Shinkai. I personally love the world of Kaal Lok. I have been shooting with Shoaib and I he is a very capable artiste. He is now a part of our Kaal Lok gang.

•    How is the reality TV different from the fiction show that you have been doing, as you have done it both now? So what is the difference that you feel?

o    Reality TV, as they say is all about being real, whoever you are in reality. You have to forget about camera, there is no action or cut, no lights that you have to face. There is very huge difference when you have live cameras around. While on the sets, the action, cut, roll and reel cameras are the reality for us here. So, I just can’t compare both of them. I will say the reality TV is easier than this reel shooting, being on screen camera, getting into someone else’s character with expressions that you have to express is difficult. On real cameras, you don’t need to think before you express or say anything, you just be the way you are but on reel cameras it’s all about expression, body language and your costume with lots of cut in between the shots. So, I think the reel world is a lot tougher than the real world.

•    While you were away from the show, did you get any message from fans to come back as Timnasa or people recognized you as same?

o    The audience has showered me with loads of love since the beginning. Even as an antagonist in the show I have been showered with so much love and affection. Now that I am back to Baalveer Returns, I request you all to keep loving and supporting me like you always have. I love you all.