She is Lalitha Sharma from Randhara, a village in Sadar region in Mandi district of Himachal 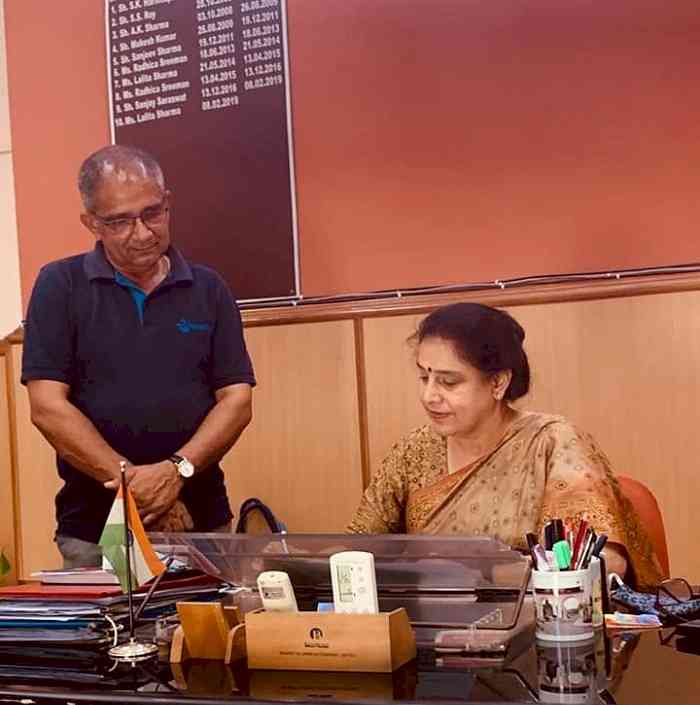 Dharamshala: Lalita Sharma of Himachal Pradesh has been appointed as Regional Director of Sports Authority of India in north India. She will be the first female regional director. This is the first time a woman from Himachal has got this opportunity. The entire region is very happy about this appointment of Lalita Sharma.
Lalitha Sharma hails from Randhara, a village in Sadar region in Mandi district of Himachal. Became the first female regional director from North India at the Sports Authority of India (SAI). Lalita assumed her office in SAI, Ch.D.L.Northern Centre, Joshi Chauhan, GT Road, Sonepat on July 1.
Sharma completed his elementary education from the Government Senior Girls School Mandi and Graduation Mandi Vallabh College, then received his MBA in first class from the State University. She started her service from Bilaspur as an Assistant Director from 1989 and went to Dharamshala in 2000 as Deputy Director Sports authority. In the year 2014, she was posted as Director at Main Office Delhi. During her deployment, she made a big contribution in creating sports infrastructure in Bilaspur and Dharamshala. She is the wife of engineer Harish Sharma, who is the Chairman of Mandi's well-known “samaj sevi” and Public Welfare and Development Committee.
Her daughter Aarushi Sharma is serving as an officer in the army, while son Aman Sharma is holding the post of Chief Officer in Shipping Corporation of India. More than two dozen institutions of Mandi have congratulated and expressed happiness on Lalita Sharma's achievement and her appointment to this post.
During her brilliant career she also Worked at CSK Himachal Pradesh Krishi Vishv-Vidyalay Palampur and IIT Mandi.