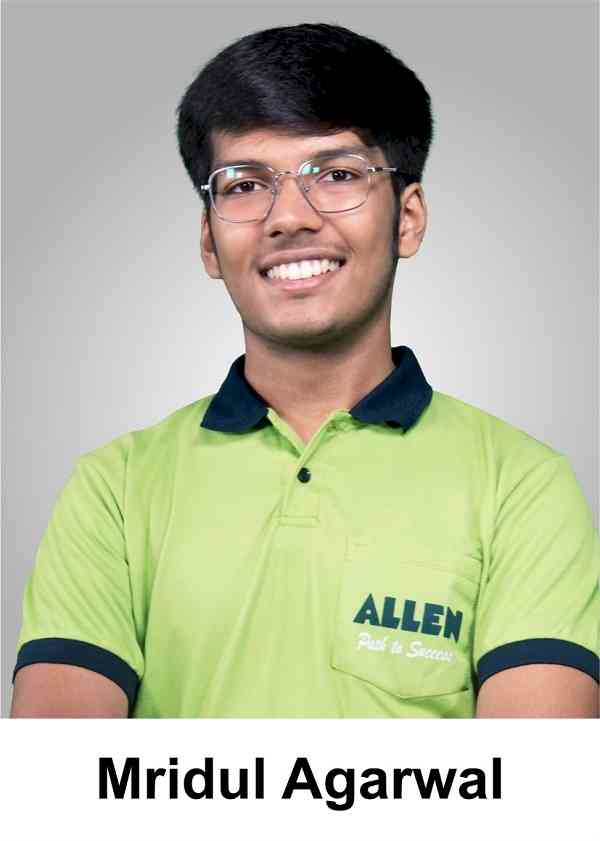 Mridul Agarwal has scored the highest ever percentage in the IIT-jee Advanced 2021. Source: IANS

Jaipur, Oct 15 (IANS) Jaipur's Mridul Agarwal has created a history of sorts by not only topping but also scoring the highest ever percentage in the IIT-JEE entrance examination. Mridul topped the chart by scoring 348 out of 360 marks with 96.66 per cent in the JEE-Advanced 2021.

"It is important to keep faith in oneself. It is not impossible to create or break a record. For this, one has to prepare a strategy and work accordingly. Also, have the utmost trust in your mentors and institute, he says.

"I have been a part of Kota Coaching for four wonderfully enlightening years. The competitive environment has a huge role in shaping my preparation. I aimed to attain 100 percentile, which I achieved in JEE-Main. With my hard work and determination, I earned an incredible feat in JEE-Advanced. During my preparation, I planned my studies by setting a target and making it a point to achieve it. Apart from the coaching, I devoted about 6 to 8 hours daily to self-study," said Mridul.

Mridul aspires to join IIT-Bombay and become a Computer Software Engineer. He utilised the time during the lockdown period and studied from home through ALLEN's online classes.

During the online classes, he interacted with the faculties and cleared his doubts. Based on his creative skills, he wants to begin a startup. His father, Pradeep Agarwal, is an Accounts Manager in a private firm, and his mother, Pooja Agarwal is a homemaker. Throughout the year, he got motivation from his mother and teachers. He enjoys watching movies for recreation.