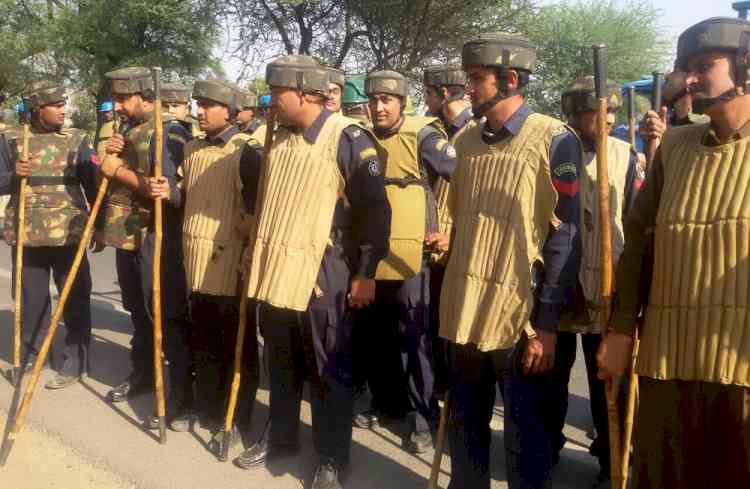 A police spokesperson said that on Friday, the police in Kundli got information that Nihangs had tied a person to a barricade with his hand chopped off near the protest site.

It is being alleged that the man was caught while desecrating the Sikh religious holy book. However, an official confirmation about this is still awaited.

By the time the police reached the spot, the person had died. When the police tried to take the body away, the people at the spot protested, an official statement said.

After some efforts, the body was brought to the Civil Hospital in Sonepat for post-mortem. An FIR has been registered under Sections 302 and 34 of the Indian Penal Code (IPC).

People were questioned regarding the incident but, no concrete information was received. After making extensive efforts, the deceased was identified as Lakhbir Singh, son of Harnam Singh, a resident of Chimakhurd village in Tarn Taran district.

Congregational prayers at Hazratbal after 4 months in Srinagar

Tulsi and pepper (kali mirch) key to approach of tackling...