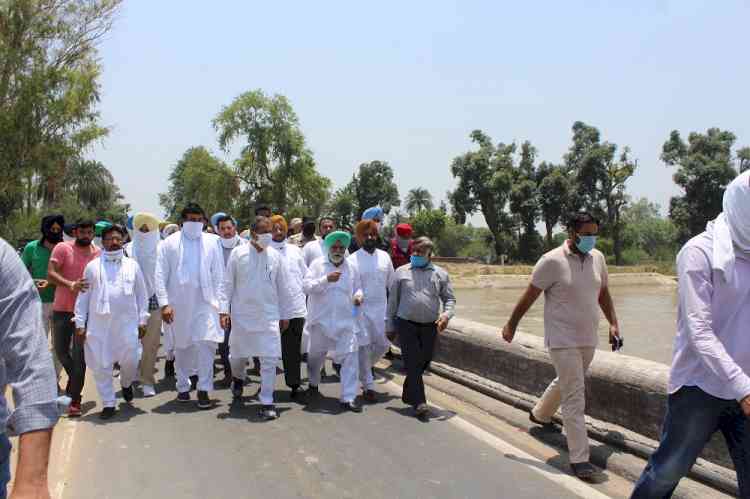 Sarabha/Jagraon (Ludhiana): Punjab PWD and School Education Minister Mr Vijay Inder Singla today inaugurated the Ludhiana-Pakhowal Road, that has been renamed as “Shaheed Kartar Singh Sarabha Marg”. This 38-km road starts from Bhai Wala Chowk in Ludhiana City and ends at Raikot town. He was also accompanied by Senior Congress leader Capt Sandeep Singh Sandhu, Gill MLA Mr Kuldip Singh Vaid, besides several others.
While speaking to media persons on the occasion, Mr Singla said that this road passes through village Sarabha, which is the ancestral village of Shaheed Kartar Singh Sarabha, the great martyr of our freedom struggle. He said that it was a long demand of the area residents that this road should be renamed as “Shaheed Kartar Singh Sarabha Marg”.
He said that a notification in this regard was issued by the Capt Amarinder Singh led Punjab government and keeping in mind the historical importance of village Sarabha, the road has now been renamed as “Shaheed Kartar Singh Sarabha Marg”. He also thanked Senior Congress leader Capt Sandeep Singh Sandhu for taking up this issue with the Chief Minister Punjab, after which this decision was taken.
While replying to a query related to renaming of upcoming international airport at Halwara as “Shaheed Kartar Singh Sarabha International Airport”, Mr Singla said that the Punjab government is also considering this demand and would request Capt Amarinder Singh to take up this issue with the Union government. He also paid floral tributes at the statue of Shaheed Kartar Singh Sarabha in the main chowk of village Sarabha. He also visited the memorial constructed in the village as well as the ancestral house of the great martyr.
He informed that the roads in and around the Dakha constituency have been repaired with a cost of Rs 58 crore. He said that the development works related to repair of roads worth Rs 34 crore have already been completed, works worth Rs 12 crore are underway while works worth around Rs 12 crore would be started shortly. He said that some of the roads that were not even repaired during the tenure of previous SAD-BJP government have been repaired now. He assured that the Capt Amarinder Singh led Punjab government is committed for providing best road infrastructure to the residents.
He also informed that the Punjab government has advertised 4500 posts of teachers for government schools, while advertisement for additional 4500 posts would be advertised shortly. He also said that the matter related to charging of fee by private schools during and after lockdown period is in Punjab & Haryana High Court and a decision in this regard is likely to come tomorrow. He assured that the Punjab government is committed to safeguard the rights of both parents as well as private schools, but would not let the schools to charge unnecessarily to the parents.
Later, the Cabinet Minister inaugurated the Raikot-Jagraon Road that has been repaired with a cost of around Rs 14 crore. He informed that this road was never repaired after year 2012 and the previous government ignored it for reasons best known to them. He said that the 2.77 km road from village Akhara bridge to Jagraon city have been widened from 7 metres to 10 metres. On this occasion, he also announced that the Akhara bridge would be repaired and widened with a cost of Rs 5.5 crore.
Prominent among those present on the occasion included Jagraon MLA Mrs Sarabjit Kaur Manuke, District Planning Board Chairman Mr Malkit Singh Dakha, PSIDC Chairman Mr KK Bawa, Mr Karanjit Singh Soni Galib, PEDA vice chairman Mr Karan Warring, Mr Gurdev Singh Lapran, besides several others. 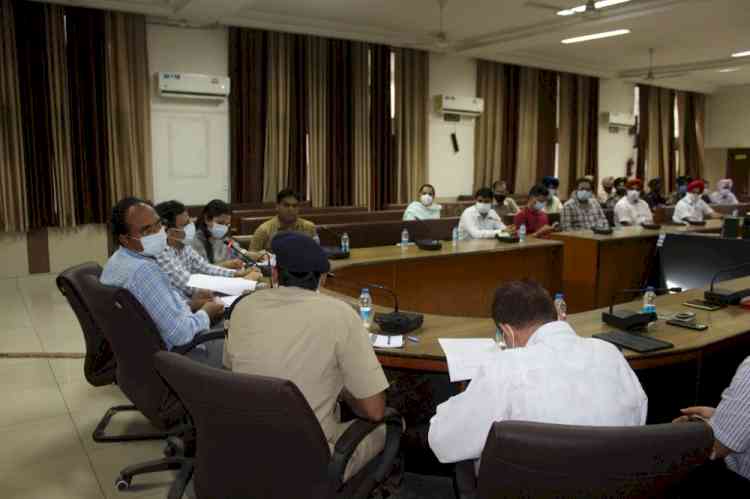