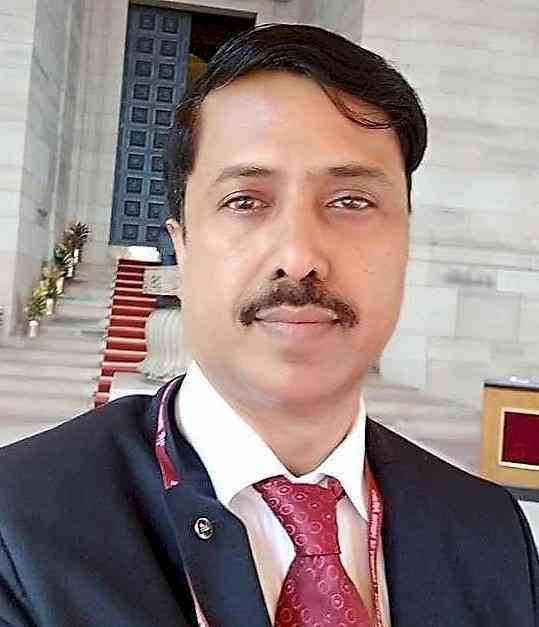 Jalandhar: LPU organized online interaction and discussion on ‘Law and Legislature’. For this, Joint Secretary G. R. Raghavender of the Department of Justice, Ministry of Law and Justice, Government of India forwarded relevant academic observations and views on ‘Judicial Reform: Issues, Concerns and Challenges’. Renowned Civil Servant from Central Secretariat Services, Mr Raghavender commenced the online session with his phenomenal knowledge. Mainly he shared major changes emerged in the judicial system, especially during unprecedented times of COVID-19 pandemic. LPU students and faculty members from the departments of Law, Political Science, and Public Administration in particular and from various others in general made significant queries to the speaker, during the interactive session.
Prominently, it was shared that the present government of PM Narendra Modi has started with a new system ‘Nayaya Vikas’ which includes an online web portal monitoring the infrastructure build-up with the help of geo-tagging apps. It has brought transparency and completion of work within the stipulated time. He discussed the ‘weightage disposal formula’. It helps in solving the case, and analyzing the number of new judges and other posts required to provide justice to the people of India. The speaker further highlighted on the Judicial reforms in the form of E-filing, Virtual Courts, Special courts with emphasis on the role of ‘Gram Nayalaya’.  He also familiarized participants with new methods of making justice accessible to the people in the form of ‘Nayaya Bandhu’ App.
The speaker talked about use of immense technology, video conferencing, e-petition, e-filing and web monitoring of judicial infrastructure. He emphasized that now a major part of the judiciary has been computerized with web-portals, databases of cases. All of these cases are now categorized in a system with their year wise pendency details, including reasons for pendency along with chronological adjournments. Law expert also elaborated on the various models that have been used so far by the Supreme Court to deal with the number of pendencies in the courts. He also said that it resulted in the formation of ‘National Court Management System Committee based on the patterns of the International Court of Excellence Framework. With the help of this Indian Committee today courts are setting their performance targets and evaluating the day to day working of the legal system based on various criteria of pendency, rule of law abidance, accessibility etc.
LPU School of Law and various departments of Political Science, Public Administration, and Humanities had co-ordinated for the organization of the important session, in collaboration with Human Resource Development Centre (HRDC) at LPU. Nearly 800 students and faculty members at LPU took advantage of the talks. Approved by Bar Council of India, LPU School of Law is one of the best Law colleges in India and Punjab. Here students are groomed for bright professional careers by providing a wide range of exposure to theoretical as well as practical aspects of law.

SRITNE-ISB showcases Hyderabad as IT destination

Exhibit of spices in swavalamban window at Home Science...