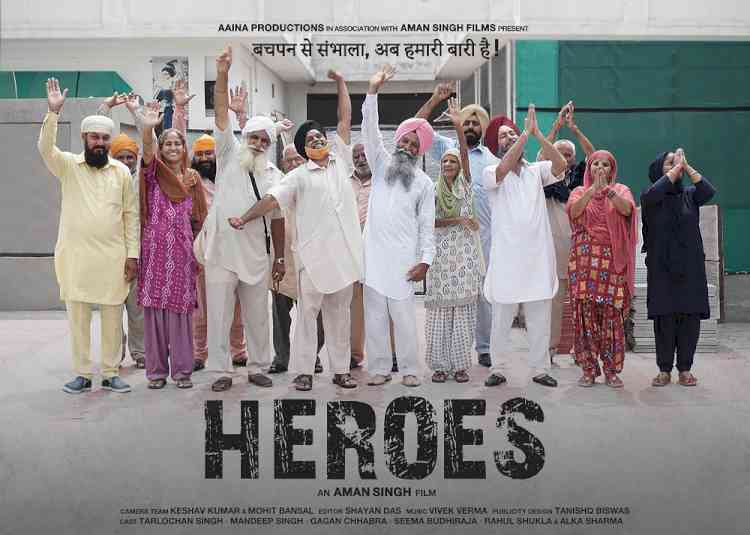 Jalandhar: Researcher and a filmmaker at Lovely Professional University (LPU), Dr Aman Singh’s short-film ‘Heroes’ has been selected for the ‘Echo BRICS Film Festival 2020’ being hosted by Russia, this year. Under Documentary category, this film is to spread awareness about the plight of old-age parents, who deserve more love and care from their own sons and daughters. Congratulating the creative faculty member and all of his team members, comprising LPU students and technicians; LPU Chancellor Mr Ashok Mittal inspired Dr Singh to keep on going ahead in awakening the society through his versatile talent and hard work.”

The Fest, which is to be held from 9th April to 12thApril 2020 in Moscow, aims to present works of talented film-makers from the BRICS countries (Brazil, Russia, India, China and South Africa) to Russian spectators. It will help people to know and understand each other better and to get acquainted with history, culture and traditions of these countries. Professional Jury will choose nominees, who will be invited for the live screening session and award ceremony to take place in Moscow in Cosmos Cinema/ Moskino Chain cinema, in almost mid April 2020.

The film is based on the idea that the real “Heroes” of our life are our parents, and they always deserve our care for them. Film-maker Aman shares: “When our parents get old they deserve more love and care. Their behaviour might get changed, they might get impatient, they might give us unasked suggestions; but, they are our parents, and we need to take care of them instead of leaving them alone or in old age homes. Moreover, taking care of one’s parents in old age is the primary responsibility of each and every individual.”

Dr Aman adds, “I conceptualized this short film while I was editing my first film ‘COLOR’, which also earned recognition in London Film Festival. Helping people and creating awareness always gives me a motive in life.” Informing, he added that in spite of his being related to computer engineering domain, he was able to pursue his passion of didactic and social awakening with the help of LPU and its students of Film Production department. Camera team was constituted of Keshav Kumar and Mohit Bansal; Shayan Das edited the film; Vivek Verma presented Music; Publicity designing is by Tanishq Biswas; and cast and crew team includes Tarlochan, Mandeep, Gagan, Seema, Rahul and Alka.