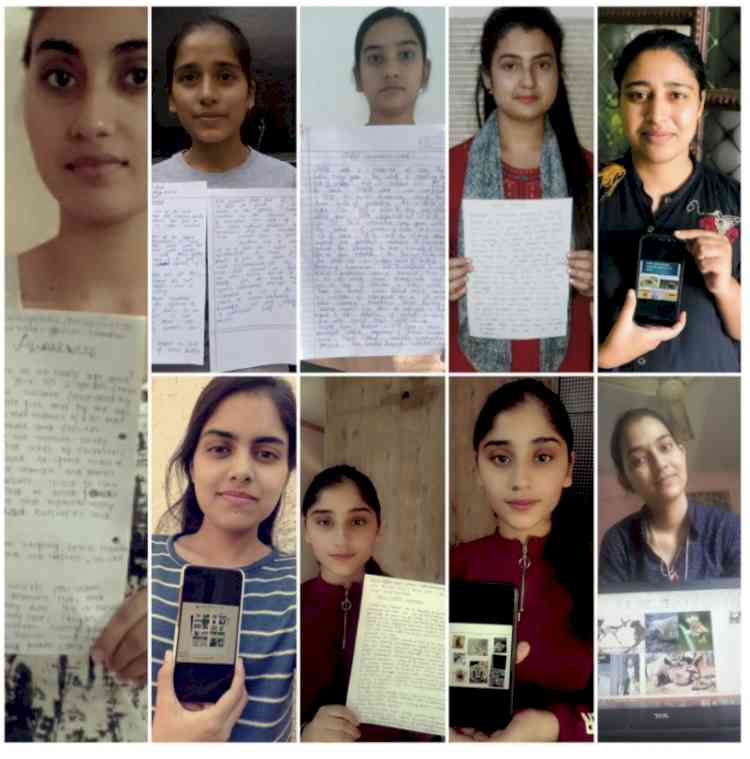 Jalandhar: Kanya Maha Vidyalaya celebrated the 66th Wildlife Awareness Week Celebration 2020 under DBT Star Status. The celebrations were organised by the PG Department of Zoology. As part of the celebrations, online competitions namely collage making, caption writing and article writing were conducted for students. The objective of the celebrations was to create awareness among the students as well as the public about the importance and conservation of wildlife.

Principal Prof (Dr) Atima Sharma Dwivedi congratulated the participants on their achievements. She averred that World Wildlife Week is an opportunity to celebrate the many beautiful and varied forms of wild fauna and flora and to raise awareness of the multitude of benefits that their conservation provides to people. At the same time, it also reminds us of the urgent need to step up the fight against wildlife crime and human-induced reduction of species, which have wide-ranging economic, environmental and social impacts.

Principal lauded the efforts of Mrs Sadhna Tandon, Head, PG Department of Zoology and all the  faculty members for organising the event successfully. The first prize in article writing was bagged by Rajbir Kaur, a student of B.Sc. Sem I from KMV Jalandhar, second by Anishka Dubey, a student of KMV and  third by Akansha Malhotra from KMV.

The first prize in Collage making with caption writing was bagged by Lipsa, a student of  KMV Jalandhar, second by Jaskaranjit Kaur, a student of Hindu Kanya Collegiate School, Kapurthala and third by Sharnjit Kaur from KMV.The winners were given prizes and E-certificates were also provided to all the participants.

We should not make our education system automatic as technology...