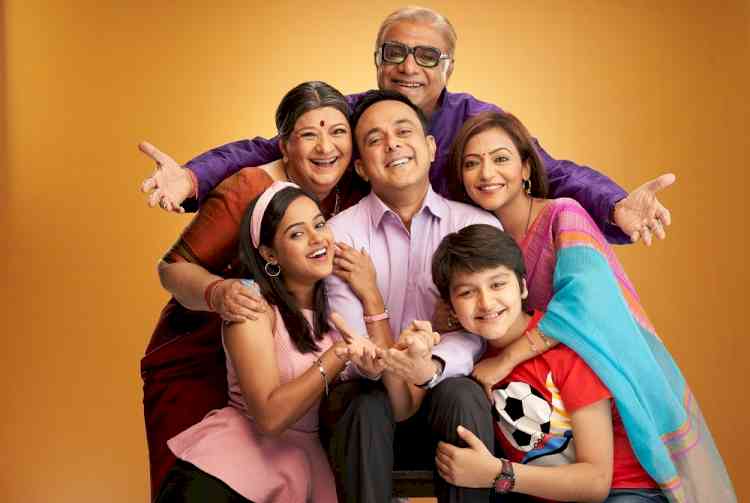 Sony SAB’s Wagle Ki Duniya – Nayi Peedhi Naye Kissey continues to bring the quintessential day-to-day life stories of a common man with an essence of nostalgia to our television screens and entertain the audiences with its engaging stories. In the upcoming episodes, the viewers will witness Rajesh (Sumeet Raghavan) making some accurate prophecy that makes him a talking point in his society.

Atharva (Sheehan Kapahi) and Vidyut (Hitanshu Nagia) note the instances where predictions made by Rajesh come true, and Vidyut concludes that Rajesh has superpowers, and he is hiding this fact from everyone. However, Atharva refuses to believe so. Later, after few more correct predictions by Rajesh, Atharva believes that Vidyut is absolutely right, and his father is indeed a superhero. Meanwhile, Rajesh comes face to face with the fact that this prediction news has been spread all across the society, and members are coming to him for solutions. Finally, he decides to make the kids understand that every dad is a superhero without any superpowers.

Does Rajesh really have superpowers?

Sumeet Raghavan, essaying the role of Rajesh, said, “The upcoming episodes are close to my heart as I firmly believe that every dad is a superhero in his own way. It will be very interesting for our viewers to watch how Rajesh will make Atharva understand that few correction predictions don’t imply that the person possesses any kind of a superpower. I had a great time shooting for this, and I can assure you that the audience will enjoy watching the episodes.”

Sheehan Kapahi, essaying the role of Atharva, said, “Atharva is very innocent, and Atharva’s innocence makes me love this character so much. However, this time, Atharva is very sure that Rajesh has superpowers, and it will be exciting for the audience to watch how will Atharva react when Rajesh breaks the bubble and makes him understand that everyone has a superpower within themselves.”

Actor Nikhil Verma turns into director and writer for his...