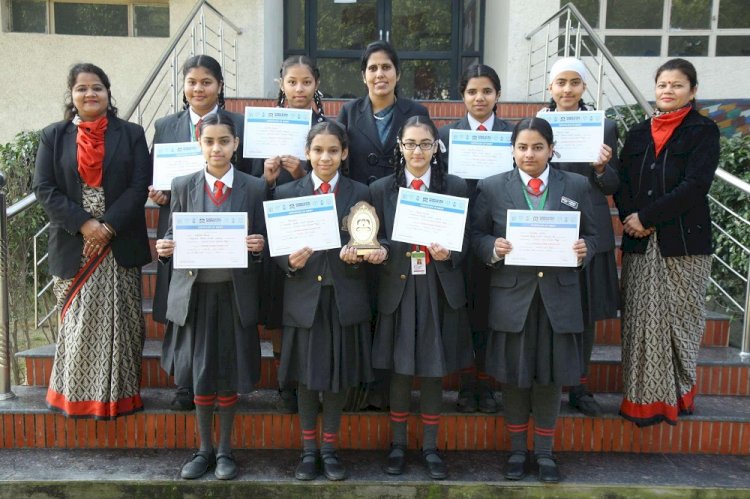 Jalandhar: Students of Innocent Hearts School, Loharan excelled in Poster Making & Science Play Competition. This was organized at Pushpa Gujral Science City, Kapurthala.  In Poster Making Competition, Jessica of class VIII bagged the first position. Besides this, a team of ten students (Jobanjit Kaur, Shubhika Gupta, Chistha, Tanya, Harshia, Harshita , Mausami, Ridhika , Konika, Radhika) depicted a play on ‘Female Foeticide’ and won the third prize. Both the teams were honoured and got a cash prize of 1500/-.

Ms. Shallu Sehgal, Principal congratulated the winners and their teachers who guided them and prepared them for the competition. She motivated them to show such skills in future as well.