India can win 4-0 or 3-1 against England: Gavaskar (IANS Exclusive) 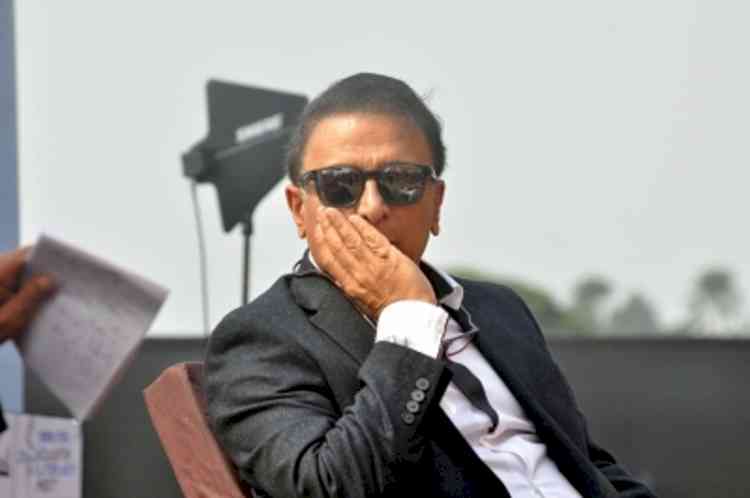 New Delhi: Fifty summers ago, when India under Ajit Wadekar's stewardship landed in England and won their first Test series against the Old Enemy as it were, young guns Sunil Gavaskar, Gundappa Vishwanath, Eknath Solkar, Ashok Mankad and Abid Ali were at the vanguard of Vijay Merchant's change agent experiment.

England under Ray Illingworth had a finely-balanced team, which had vanquished Australia 2-0 to win the Ashes Down Under. India were certainly not expected to win against an all-conquering English side with a fast bowling attack led by John Snow, who had blitzed OZ with 31 wickets. Geoff Boycott and John Edrich scored heavily for England.

Yet, India, after drawing the first two Tests, went on to win using Bhagwat Chandrasekhar's fast googlies at the Oval. Skipper Wadekar himself along with Gavaskar scored most of the runs in that series. To relive some of those memories, Sandeep Bamzai spoke to India's greatest Test batsman SMG or Sunny Gavaskar, who now wears a commentator's hat.

Q: Memories of the 1971 tour with a majority of the players being young like yourself, and your first exposure to an English summer and the characters on that tour like 'Kaka' (Ashok Mankad) etc...

A: My first tour to England was 50 years back and we were just coming after beating the West Indies, so we were a pretty confident bunch. It was a great blend of youth and experience and it was a fun tour. Because there were plenty of matches against the County teams, we got to see pretty much the whole of England and some tourist places like the St Paul's Cathedral, the London Zoo, the Universities of Oxford and Cambridge and much else. Being on a tight budget of one pound a day, we couldn't enjoy the fine dining experience but had to be content with the fast-food outlets.

Q: You have often said that your best Test innings remains the fifty in adverse conditions against English seamers. Describe the conditions and the face-off with John Snow as well on that tour...

A: Yes, that half-century is my best effort in Test cricket. We played on a green wicket for the first time. We couldn't distinguish the pitch from the rest of the outfield from our changing room on the upper floor. The overcast conditions meant that the grass didn't dry out and in the slight drizzle, the umpires didn't take players off the field. The light rain was freshening up the pitch and the ball was swinging and bouncing too. That's why it's my best innings in Test cricket.

Q: A hitherto unknown aspect of that tour, something that struck you about the dogged English team or the backdrop of the English system?

A: What struck me most was how biased the umpiring was. We had heard stories of the English umpires being the best, but what we saw in the three Test matches was umpiring calls that always went in favour of the home team. Having said that, when we played against the County sides, the English umpires, who were all former first class players, were very good and most encouraging if you went to them for any advice after the day's play. You could learn so much from them.

Q: Why did it go so wrong on the following tour of 1974 when we got hammered?

A: In 1974, we played in the first half of the English summer when the pitches and the bowlers were fresh and so our batting couldn't contribute much, while our spinners struggled to grip the ball in the cold conditions.

Q: What do you think of the current team and its chances in the ongoing five Test series against England?

A: This current team is probably the best ever in the history of Indian cricket. Only the teams from 1983 to 1986 had a similar kind of depth and balance. This team though is better because they have beaten Australia in their own conditions recently and have more game changers with both bat and ball.

Q: What did we do wrong in the WTC final -- to play no seam bowler, to play two spinners and get the team composition wrong in overcast conditions?

A: The conditions during the WTC final were what New Zealand are used to playing in their country, so they adapted quicker than the Indians. At the end, there was very little to choose between the two teams.

Q: Why can't Indian batsmen play the moving ball on English wickets? What are the issues that the batsmen face?

A: It's not easy for anybody to play the seaming ball in England, even for the English batsmen. So one can't fault the Indian batsmen. Playing closer to the body and playing the ball as late as possible will certainly make a difference to their scores.

Q: This team can pick up the pieces very quickly as it showed in Australia, but England is tricky. We haven't won since 2007 and our record has generally been very poor barring 1986 when we won impressively with a seam/swing heavy bowling attack...

A: England are without three of their impact players in Ben Stokes, Jofra Archer and Chris Woakes and their batting, apart from skipper Joe Root, looks brittle. So India has a great chance to turn the tables and win this time around.

Q: What kind of team composition would you advise?

A: Team composition is invariably dependent on pitch and weather conditions, especially in England. So it's hard to say what the playing XI should be. With Rishabh Pant batting with so much flair and confidence, the option to go with an extra seamer or a spinner is available to the team management.

Q: Does this team have the potential to beat England in England? Your prediction...

A: This team can definitely beat England. My prediction is 4-0 if the sun is out on most days or 3-1 if the conditions are overcast.

Q: Your advice to batters like Cheteshwar Pujara and Ajinkya Rahane, who get bogged down and get lost in the woods playing the technical perfectitude game? For a batsman like Rahane to be outfoxed by Williamson with the bumper was criminal in the WTC final...

A: They have a batting coach, so if they need advice they should go to him.

Acid test ahead for political leaders and political parties...

OPINION: Saving Water is also like a dip in Kumbh