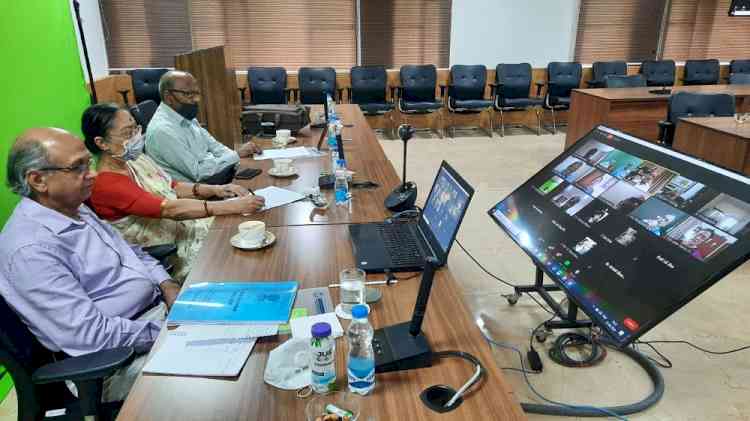 Chandigarh: Prof. Sanjay Chhibber, who is the senior most professor in the Department of Microbiology, Panjab University, Chandigarh has been appointed by Indian Council of Medical Research as ICMR Emeritus Scientist in its meeting held on 7th, August, 2020.He is the only one from Universities of India to find a place in the list of 11 selected scientists for this award.

The duration of appointment initially is for a period of three years in the first instance. Further extension upto a maximum period of two more years may be granted by the agency depending on the progress of research work. He shall be working on a project entitled “Alternative Roles for CRISPR- Cas System in Bacterial Virulence: Beyond Adaptive Immunity”.

Prof. Chhibber has been associated with teaching undergraduate and postgraduate students of Microbiology (Hons, School) at Panjab University for more than 42 years. During these years he has been actively engaged in research and many post graduate and doctoral students have completed their research projects under his guidance. He has published more than 250 research papers in scientific journals of repute in India and abroad.

His main work in recent years has been on finding alternative strategies to curb drug resistant bacterial infections. During the past more than one decade he has concentrated on bacteriophage therapy and anti-virulence approach to control antimicrobial resistant pathogens using in-vitro and animal models.  In recent years bacteria have developed resistance towards commonly used antibiotics and as a result bacteria fail to respond to them. Many times clinicians find it difficult to treat such infections. Bacteriophages are viruses of bacteria that have the ability to kill bacteria. Recent studies have shown that they have the ability to lyse with antibiotic resistant bacteria. Therefore this approach is being explored to treat such infections as an alternate strategy. With more than 60 publications in this area, he is one of the Indian scientists who have made tremendous contributions in this field at the international platform.

At present he is the president of the Society for Bacteriophage Research and Therapy (SBRT). Bacteriophages which are viruses of bacteria are finding many applications in diverse areas and this society is a platform to promote these scientists.Last year, he was honoured by the Society of Microbiologists with “Life time Devotion Award” for his contribution in the field of Medical Microbiology. He is also a member of the central council of Association of Microbiologists of India.

No impact of pandemic on university’s placements; JKLU...