A large number of retirees attended the meeting 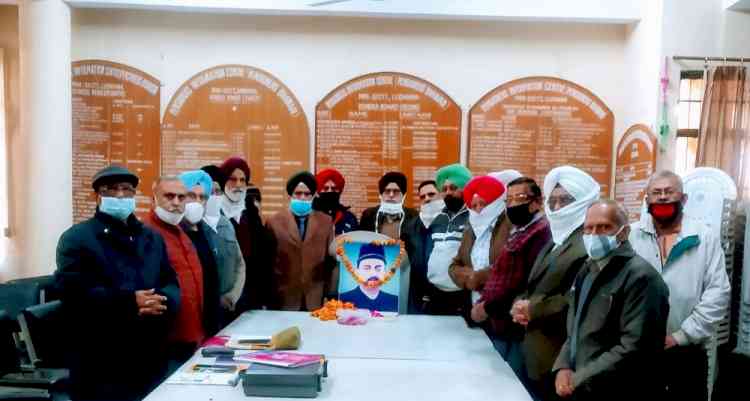 Ludhiana: Meeting of Central Bank of India Retirees Association Chandigarh Zone Ludhiana Unit was held today under the chairmanship of Mr. M S Bajwa. First of all, a two-minute silence was observed in memory of the comrades who had been separated in the past, the martyrs of the peasant movement and those who had been killed by the Corona.

Later, on the occasion of the 110th anniversary of the bank, a tribute was paid to the founder of the bank Sir Sorabji Pochkhanawala by placing a wreath on his photo and offering flowers. It may be recalled that on this very day, December 21, 1911, Pochkhanawala established the Central Bank of India as the first Swadesi Bank.

A large number of retirees attended the meeting./(December 21, 2020)

Punjab CM to take up issue of reported bid to displace...

Calendar 2021 based on theme “Spiritual Journey of Sri...