Technique was presented before eminent national and international surgeons 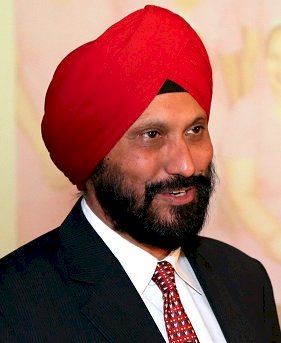 The technique was presented before eminent national and international surgeons. After rigorous peer review, the technique was approved and named as ‘Bedi- internal mammary artery (IMA) Buttress’ technique.

Giving information about this new technique , Dr Bedi director of cardio vascular endovascular & thoracic sciences at Ivy Hospital, Mohali said on Tuesday said that the incidence of tuberculosis and lung cancer are quite high in South Asia. Resection is necessary in early cases of lung cancer to aim for a total cure of the cancer as well as in advanced cases of Pulmonary Tuberculosis i.e. TB of lungs.

Dr Bedi who is also a founder president and patron of Association of North Zone Cardio Thoracic & Vascular Surgeons further said that during surgery for lung cancer and TB,  the diseased portion of lung may need to be removed . This is called a lobectomy or a pneumonectomy. After removal of the lung portion the airway tube (bronchus) has to be repaired.
There are numerous ways to do this , but complication of leakage with the formation of a potentially fatal broncho-pleural fistula (BPF) is very difficult to treat. The 5-10% cases of lung resection surgeries can be complicated by the formation of a BPF, which is a potentially fatal condition.

In order to avoid this complication after lung resection, Dr. Bedi devised an innovative technique wherein he used the internal mammary artery, an artery of the chest wall usually used in bypass surgery, to provide a vascular flap for covering the bronchial stump remaining after lung resection.

He further informed that IMA gives an excellent vascular cover to the bronchial stump and helps in preventing the formation of a broncho-pleural fistula.

“I recommend this technique in all cases of lung resection as the IMA is easily available and its use is not associated with any side effects. This technique prevents the dreaded complication of a BPF after lung surgery without any additional cost. No special instruments are required for performing this technique”, remarked Dr Bedi.

Meanwhile Dr. Bedi pioneering work in beating heart bypass surgery has helped him to devise this new method in thoracic surgery.  He is already a holder of 3 Limca World Records for heart and vascular surgery techniques developed by him including the method of total arterial multi-vessel beating heart surgery.