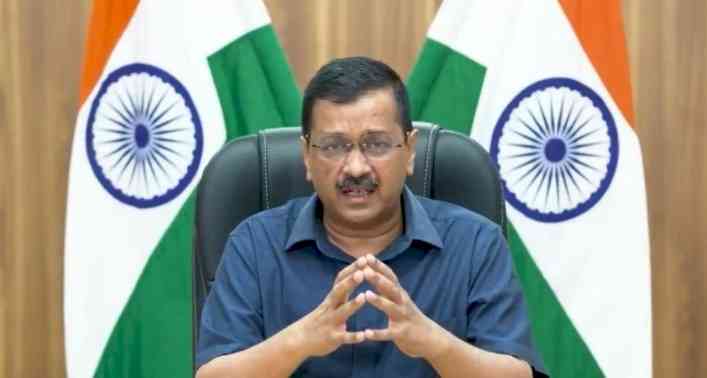 New Delhi, Sep 28 (IANS) The Deshbhakti Curriculum will prove to be a milestone in India's progress journey, which will inculcate patriotism in children from a tender age, thereby making them true patriots who will stay true to their country by staying true to their jobs, Delhi Chief Minister Arvind Kejriwal said on Tuesday.

"With this curriculum, we will not just produce doctors, engineers, lawyers and other professionals, but we will produce a patriot doctor, a patriot engineer and a patriot lawyer, who will put their country first. They will no longer be driven by the money factor. Instead, they will do what is best for their nation and countrymen," Kejriwal said while launching the Deshbhakti Curriculum at the Chhatrasal Stadium in the presence of hundreds of Delhi government school teachers and students.

Explaining the new curriculum, Deputy Chief Minister Manish Sisodia, who also holds the education portfolio, said, "We are starting this curriculum with stories of 100 freedom fighters a year. As a child will grow up, he/she will learn about 700-800 such people who did remarkable things for their nation and their fellow countrymen. In addition to that, five minutes of the 45-minute class will be devoted to 'deshbhakti dhyaan' during which students will contemplate about any five freedom fighters on a daily basis. These are just a few of the many activities."

In the past, the Delhi government had introduced the Happiness and Entrepreneurship Mindset Curriculum to encourage mindfulness and innovative ideas among the students.

Earlier this month, Sisodia had told IANS, "Deshbhakti is not confined to merely respecting the symbols of the country, it means to respect its people too. We want to inculcate this feeling in our children, a shared love for their country, and its residents. This curriculum will not not be restricted to 'limited nationalism', it would emphasise the importance of the sense of belongingness.

"We want our children, our citizens to understand that if a person is hoarding fruits during Navrati season or selling 'mithaai' made of adulterated milk, it is a disservice to the nation because one cannot keep on cheating the public and still call oneself patriotic. If we are living together in a country, we will have to share its resources in an equitable manner and work towards its overall development."

Role of herbs during pregnancy advocated at Home Science...