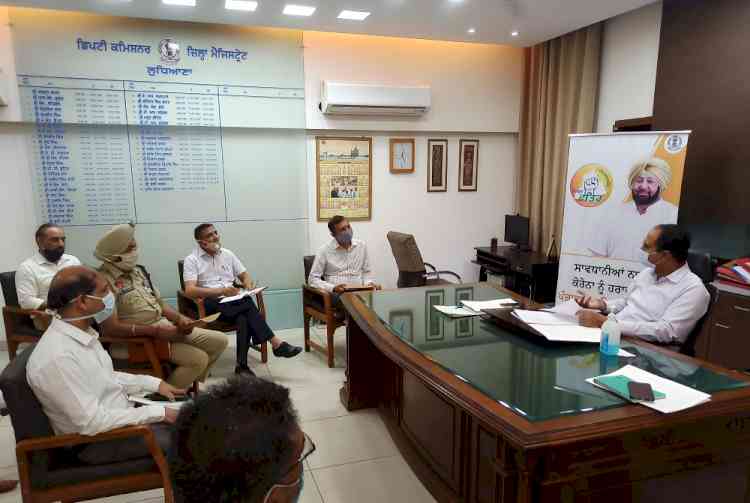 Ludhiana: To curb illicit liquor sale in the district, Deputy Commissioner Mr Varinder Sharma directed the officials of Excise and Police Departments to tighten noose against such liquor contractors who are involved in this illegal business. He directed that such persons should be arrested and put behind bars without fail. A meeting in this regard was held in the office of Deputy Commissioner Ludhiana, where Mr Sharma categorically mentioned that no person would be allowed to run this illegal business in district Ludhiana.
The Deputy Commissioner said that some liquor contractors hide actual record related to sale and purchase of liquor, that not only causes loss to the public exchequer, but even the numbers related to actual consumption are not known. He directed that from now on, the Excise Inspectors would personally visit all liquor vends and would check their record on daily basis.
He said that he has been receiving complaints that Desi Lahan is manufactured in some areas along the Sutlej river in Ludhiana, which should be stopped immediately. He directed the Excise officials to prepare a list of habitual persons and hand it over to the police department so that they can keep a close watch on the activities of such persons.
Mr Sharma directed the Police Department to act on the directions of the Punjab government and put such persons behind bars. He also said that if the Excise Department fails to perform this duty properly, then he might hand over this checking duty to some other department. He directed the department officials to submit daily report mentioning sale and purchase of liquor to him without fail so that he is able to keep a tab on it himself.
On the request of police department, the Deputy Commissioner assured that they would be provided boats for patrolling the areas along Sutlej river. This meeting was also attended by ADC Mr Jaspal Singh Gill, DETC Mr Pawan Garg, ADCP Mr Deepak Pareek, besides several others.