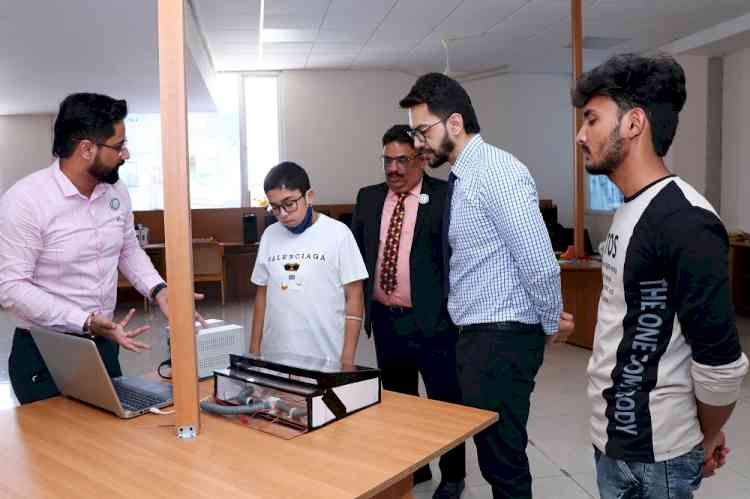 Jalandhar, June 17, 2021: A student of CT Public School, Parth Verma, who is studying in grade 8, has filed a patent after developing a ‘Vehicle Ventilation Regulation Device’ in collaboration with Robotics and Automation Department of CT University.

This all started when, the youngest researcher from Punjab, Parth found the issue of Smoke coming inside the car from the fire in the field when the car ventilation was on and he had to manually turn off the ventilation. Then, he met Dr. Harmeet Singh, Deputy Director IPR cell, CT University. He discussed this issue with him and decided to resolve this problem. So, they came with an idea to automate this thing and tried making a system for existing cars.

First the 3D model was created in the software and then the circuit for the same was tested. The team developed the prototype in one week and the final system was tested successfully. Finally, the patent was filed.

Sharing the proud moment and congratulating the team, Manbir Singh, Managing Director said, “We are glad that we started tapping young minds for research and because of that we found a gem at such a young age. I also urge every student to come up, even with a small idea as together we can do wonders.”

History of Congress party to politicize by dividing society on basis of caste and...

3rd Edition of the marketing fest at SCD Government