Topic covered was “Photoelectric Effect”, for which near 1000 faculty, scientists, research scholars, students participated from across India and other countries 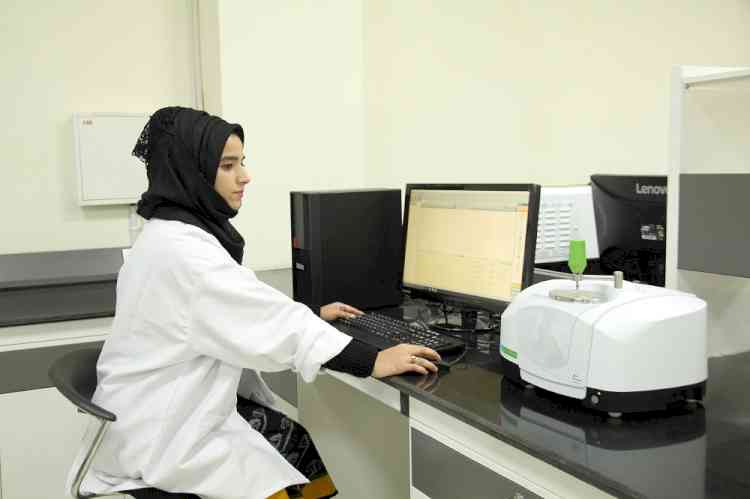 Jalandhar: Commemorating the centennial year of world’s renowned physicist Albert Einstein’s Nobel Prizewinning in 1921; the Department of Physics at the School of Chemical Engineering and Physical Sciences (SCEPS) of Lovely Professional University (LPU)organized a ‘global online quiz contest’. Topic covered was “Photoelectric Effect”, for which nearly 1000 faculty members, scientists, research scholars, students participated from across India and many other countries. This international contest was organized under the aegis of Indian Association of Physics Teachers (IAPT), and guidance of distinguished Indian physicist Padma Shri Prof H.C.Verma.

The stature of Albert Einstein stands unique for contributions made to the development of Physics as a subject. The discoveries and inventions made by Einstein have revolutionized the field of science as a whole, and laid the foundation of many modern day technological applications. His significant discovery of “Photoelectric Effect” made him win the prestigious “Nobel Prize” in the year 1921. Illustrative, when light shines on a metal; electrons can be ejected from the surface of the metal in a phenomenon known as the photoelectric effect.

Celebrating Einstein’s achievement of winning the Nobel Prize, an online quiz contest witnessed an amazing world-wide response. Out of the near 1000 registered participants, 878 candidates finally contested to uphold the practical and theoretical aspects of physics.  Of these, 26 participants crossed the 85% marks barrier and became eligible for the global level winning e-certificates.  The contest declared Nishtha Shreya (a scientist in Bhabha Atomic Research Centre (BARC), Mumbai), and Sunita Singh (a government science teacher from Uttar Pradesh (U.P) as joint toppers.

LPU’s Executive Dean Dr Lovi Raj Gupta congratulated the organizing team comprising HoD Dr Kailash C.Juglan; Dr Rajesh Kumar, Dr Neha Munjal for this success oriented global endeavour. This exclusive effort at LPU was also cherished by ace Indian physicist Prof H.C. Verma, in an online meeting on Zoom platform. It is a well-known fact that so many scientists have contributed to the development of Physics as a subject. Among these, the contributions of Albert Einstein are valued the most.

Worth mentioning, LPU’s Physics department aims to transform education through academic excellence in sciences, providing analytical and application oriented teaching, innovative and world class pedagogy, and nurture professionals who, with their commitment and integrity, make a difference in the realms of physics, sciences and in turn global society. The core strength of the department is its highly qualified faculty with their education from IITs, foreign Institutes/Universities and also the state of the art infrastructure at the campus. Under their mentors, students develop a unique ability to postulate new, and analyse/criticize the prevalent and accepted theories. In fact, Research and Innovation is at the core of LPU. Responding to the immediate need of the hour, LPU always contributes by undertaking purposeful research, as it has now to combat the situation that emerged due to COVID-19 pandemic.

Roadmap to career options in biophysics discussed at PU

Case studies to be shorter, integrated and structured in...