Cancer specialists call for strengthening of screening and management facilities 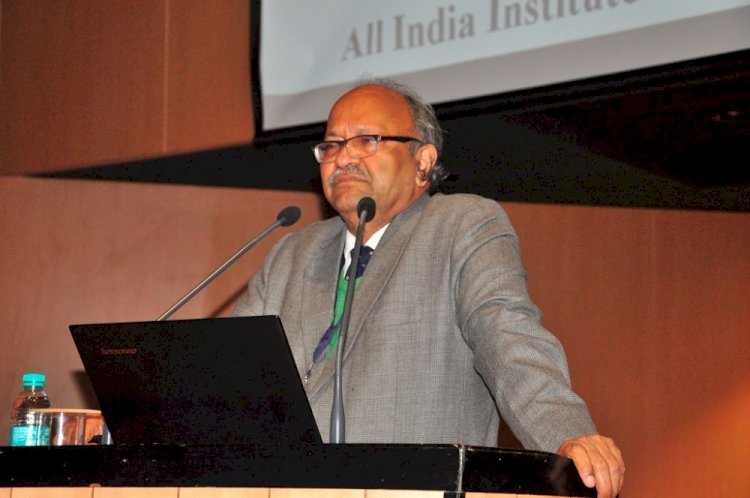 The aim of the programme was to spread an awareness about the disease, its prevention, treatment and dissemination of information about early detection of disease amongst the students, faculty members & staff.

Addressing the gathering, Prof. (Dr.) B C Das, Chairman & Chair Professor, AIMMSCR said that everyday, around 13,000 people die of cancer globally and it is the collaborative responsibility of every individual to spread awareness about the prevention, symptoms and cure of disease amongst other members of society. He remarked that in India, the main cause of cancer is due to polluted air and water which are weakening the human immune system. He called upon the young generation to protect the environment for betterment of earth & human health and urged them to work towards dissemination of information towards prevention of cancer. “Otherwise, in coming 20 years, India will become the epidemic centre of cancer disease.” he stated.

Speaking on the occasion, Prof. (Dr.) G K Rath, Chief, Dr. B.R.A Institute-Rotary Cancer Hospital, AIIMS, New Delhi & CEO, National Cancer Institute, Jhajjar, Haryana remarked that unlike diseases like diabetes, thyroid and blood pressure which can only be controlled and not cured; cancer can be prevented and cured, if detected at early stages. He informed that 40% of cancer are tobacco related, while 20% are due to infections. He further pointed out the challenges faced by developing countries like India, which affect the fight against cancer difficult such as, rapidly expanding population, health insurance & economy, quality of medical education, very little path breaking research in the field, lack of industry academia collaboration and hardly any innovation in drugs, equipment sand trials. Dr. Rathi shared that over the years, cancer has become one of the most common cause of death with leading types as breast cancer, cervix, oral, cavity, lung & CRC cancer. 1.45 million Cancer cases were reported in year 2016 which is likely to increase to 1.75 million by year 2020. He lamented that most of the cancer cases are detected at later stages since people are not aware about the symptoms and fail to get themselves tested timely. Emphasizing upon importance of spreading awareness about symptoms of cancer, he highlighted that the earlier the detection, the less costlier the treatment and chances of cure are higher. Dr. Rath calls for strengthening of screening and management facilities, as the need of the hour.

Prof. (Dr.) B. L. Sherwal, Director, Delhi State Cancer Institute, New Delhi & Director, Rajeev Gandhi Super Speciality Hospital, Tahirpur, New Delhi apprised that annually, around 9.6 million people die due to cancer, globally; 3.7 million people could be saved if the disease had been detected at early stage. He stated that there are researches which identify numerous factors that increase an individual’s risk for developing cancer and commented that by modifying behaviour, individuals can eliminate or reduce many of these risks and thereby, reduce the risk of cancer. He briefed about various risk factors including tobacco use, obesity, pathogens, physical inactivity, unhealthy diet, occupational exposures, alcohol, environmental pollutants &drugs and further asserted that developing and implementing additional public education and policy initiatives could help in reducing the burden of cancer related and preventable cancer risk factors. Dr. Sherwal shared that if cancer is detected at Stage 1 then there are 90 % chances of cure, on Stage 2 there will be 70 % chances of effective treatment, on Stage 3, 30-40% and in last Stage 4, hardly maximum of 10% of survival chances are there.

During the programme, Ms. Shaku Kukreti, Oral Cancer Survivor narrated her ordeal and struggles as a cancer patient. She stressed that willpower from within and motivation &support from family are required to battle the disease. She talked about the psychological effects after the treatment and once the patient is cured. “For some time the person lives in fear of reoccurrence of the disease but meditation and yoga helps to keep the mind strong. One should have faith that there is life beyond cancer.” she added.

The awareness programme was attended by thousands of Amity students, faculty members and staff who pledged to fight against the disease and spread the message of healthy living for a cancer-free society.

Virtual webinar on research publication in ABDC and High...