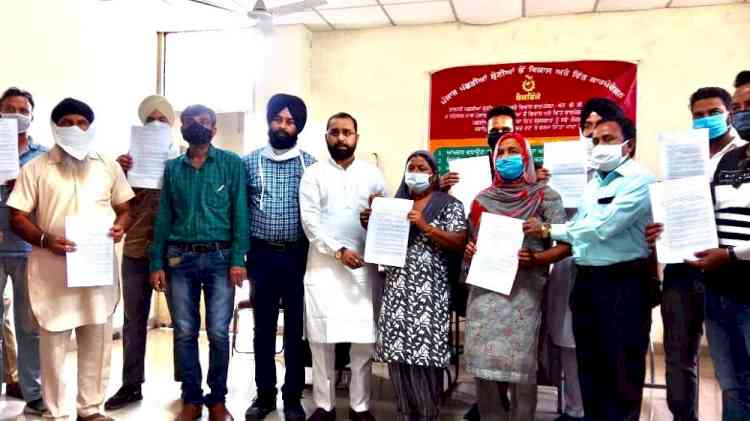 Ludhiana: With an aim to uplift the backward classes and economically weaker sections financially, an awareness camp was organised by Punjab Backward Classes Land Development and Finance Corporation (BACKFINCO) to educate the masses about various self-employment and welfare schemes being run by the corporation at Dr Ambedkar Bhawan here on Thursday.
While addressing the camp, Vice Chairman BACKFINCO Mohammad Gulab said that the Chief Minister Captain Amarinder Singh led Punjab Government was committed for the welfare of the masses.

He said that it was a dream of the Chief Minister that no person in the state shall remain unemployed and to fulfil his dream BACKFINCO has been providing loans at nominal interest rates to backward class and economically weaker sections so that they can start their own business.

During the function, Mohammad Gulab also handed over the loan sanction letters amounting Rs 26.50 lakhs to 12 applicants and the loan amount will be credited soon in their respective accounts after completion of all the formalities.

Vice-Chairman informed that the BACKFINCO has already issued loan amount of Rs 166.25 lakhs to 100 beneficiaries against the target of Rs 1127.75 lakhs to 751 beneficiaries fixed for the financial year 2020-2021. He said that similarly for District Ludhiana the target was to disburse loans of Rs 75.77 lakh to 51 beneficiaries in the current fiscal year of which Rs 18.62 lakh has been disbursed to 10 beneficiaries till September 30, 2020.

He said that apart from handing over 12 loan sanction letters, nine applicants applied for a loan of Rs 10.50 lakh during the awareness camp.

Meanwhile, the Vice Chairman appealed to the unemployed youth to avail maximum benefits of the welfare schemes being run by the Punjab Government