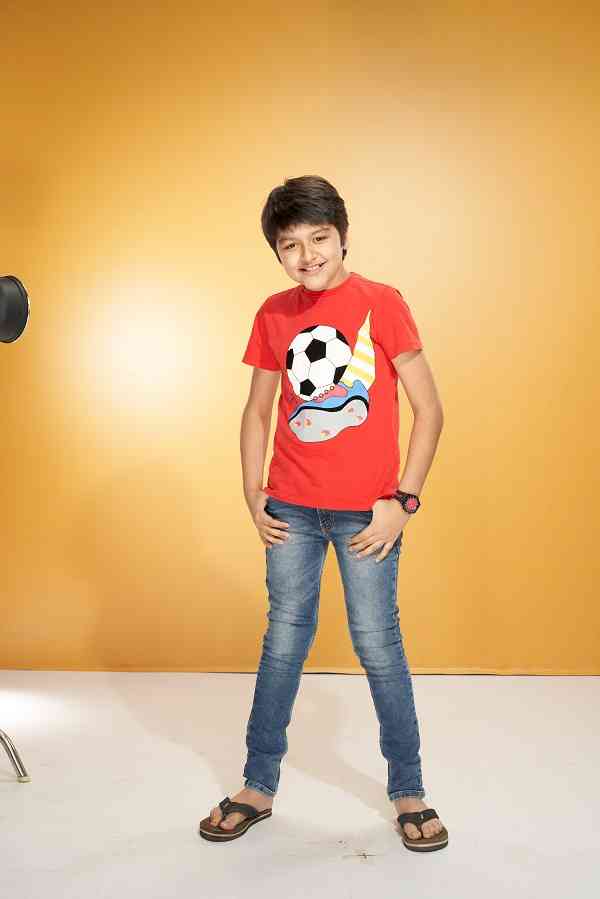 Sony SAB's Wagle Ki Duniya- Nayi Peedhi Naye Kissey, catering to three different generations has struck the right chord with the viewers with its refreshing storyline that is loved and appreciated by the audience across the nation. The show continues to highlight the little joys of life through their engaging episodes and capture the true essence of a common man's life through the lens of everyone's beloved Wagle family. As the entire nation prepares to pay their respect and tribute to India, the Wagle family is set to teach Atharva (Shaheen Kapahi) a meaningful lesson on Independence Day.

With 15th August around the corner, the residents of Sai Darshan Heights society start preparing for the celebrations. The honour of hosting the flag on this momentous occasion has been bestowed upon our very own Srinivas Wagle (Aanjjan Srivastav). On the other hand, Atharva receives a project from his school about freedom warriors where he finds the sacrifice of the warriors as an unfair act to attain freedom. Atharva, unaware of the relevance of this day, gets into an argument with Joshipura (Deepak Pareek), which eventually gets him barred from the society's Independence Day celebration.  Despite being barred from the celebration, Atharva is committed to stop the play by barging in during the enactment.

Will Mr. Wagle be able to stop Atharva? Will Atharva understand the true essence of Independence Day?

Sumeet Raghavan, essaying the role of Rajesh Wagle said, “As our show is being watched by all the three generations, we are also doing our bit in making the younger generations understand the valiant efforts and the numerous sacrifices that tour freedom fighters have made to make our county independent. So, don’t miss the upcoming episode as there is a lot in-store for the viewers.”

Sheehan Kapahi, essaying the role of Atharva said, “The celebration of Independence Day on the sets took me back to the memories of my school’s Independence Day celebration and I loved being a part of it. This celebration in society will be an eye-opener for Atharva as he will understand the struggles our freedom fighters faced. The simplicity of our show is touching the heart of the millions, and we strongly believe that our upcoming episodic track for Independence Day will leave a similar strikingly positive impact on our viewers.”

Fortnite shuts down servers in China