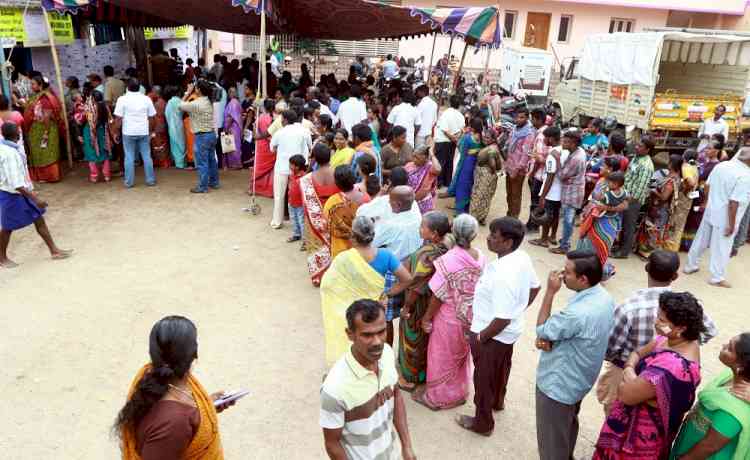 Chennai, Sep 22 (IANS) Tenkasi district administration is to hold a meeting with upper caste Hindu leaders after the community decided to boycott rural local body polls in the Valasai village of Kambaneri panchayat.

The reason for the boycott was the administration shifting the polling station to a Scheduled Caste (SC) dominated area. The rural local body polls are to be held on October 6.

Upper caste Hindus, SC's and Muslims live in this panchayat, and except for the upper caste Hindu's the rest don't have a problem in shifting the booth.

The new booth is situated at the Government Adi Dravidar Welfare High school, which is just 200 m from the previous booth in the Valasai village. Kandayanur block development officer Kanthaswamy while speaking to IANS said, "We will be holding peace talks with the upper caste Hindus immediately and will convince them to come and vote in the new booth."

The BDO also said that the new booth is more spacious and has toilet facilities and proper ventilation and lighting and hence more comfortable to the polling officers and the voters, the district officials said.

A leader of the upper caste Hindus who have decided to boycott the rural local body elections while speaking to IANS said, "We will boycott the elections and return all the government documents to the officials. There seems to be political pressure to shift the polling station which was being traditionally used in this area. There was no need to shift the booth in a predominantly SC dominated area. Something fishy is there and hence we are boycotting."

However, the BDO and other officials hoped that the community would come around and participate in the elections. BDO Kanthasami while speaking to IANS said, "We are using all the channels to bring them back to the polling stations. There are no issues and the booth has been shifted just for the comfort in voting and nothing else."