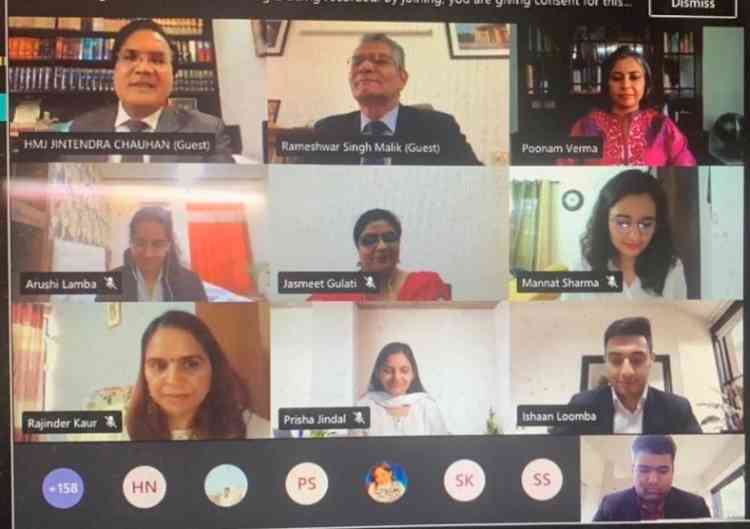 The closing ceremony began by the welcome address of Prof Rajinder Kaur, director UILS followed by the event report which was read by Dr. Jasmeet Gulati. There were total 300 participants in this event.

The judges congratulated the winners and motivated the students. The event was concluded with the vote of thanks by Mr. Abhishek Bindal, Convenor of the ADR CCL BOARD.

International webinar on culture of learning and teaching

Students of Apeejay College of Fine Arts participate in...