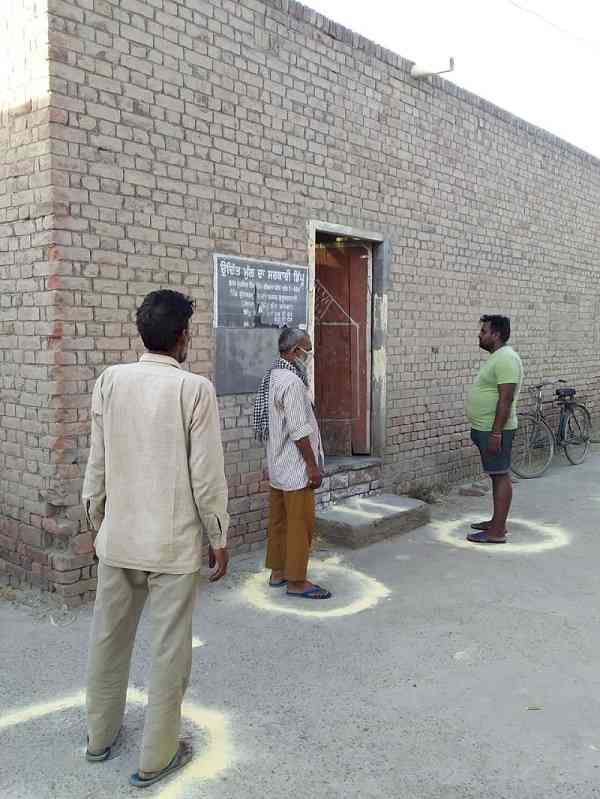 Divulging the details, Deputy Commissioner Ferozepur Mr. Kulwant Singh said that on the directions of the Chief Minister and Food and Civil Supplies Minister, the department today distributed wheat and pulses to nine thousand eligible beneficiaries under Pradhan Mantri Garib Kalyan Anna Yojana (PMGKAY) in various localities of Ferozepur. He said that in wake of the outbreak of Covid 19 pandemic, the state government has started distribution of wheat and pulses to eligible beneficiaries under Pradhan Mantri Garib Kalyan Anna Yojana (PMGKAY). Mr. Kulwant Singh said that the government has decided to give 5 kilogram of wheat per beneficiary per month for three months and one kilogram pulses per family per month for three months. He added that so far the department has reached out to 1.10 Lakh families with the benefit of free food grains and pulses. He said that a team of officers was working round the clock to review the progress of wheat distribution and the remaining families would be benefited within couple of days.

Likewise, District Food and Civil Supplies Controller Mr. Pinder Singh said that free distribution of Wheat @ 15 Kg per member of family and Daal @ 3kg only for full family (irrespective of number of family members) for three months was being ensured through depot holders to all smart card holders. He said that the Punjab government led by Chief Minister Captain Amarinder Singh was committed to ensure that no person, especially any poor family, suffers on account of non-availability of food grains due to lockdown. Mr. Pinder Singh said that no stone would be left unturned to extent a helping hand to people in this hour of severe crisis.