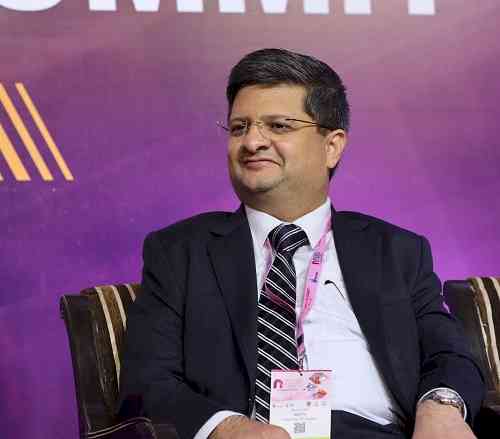 A first-of-its-kind report by International Council of Clean Transportation released last year estimated that a whopping 385,000 people might have died prematurely in 2015 due to exposure to ambient PM 2.5 and ozone worldwide. It also found that in 2015, 70 percent of transportation-attributable deaths occurred in the four largest vehicle markets of China, India, the EU, and the US! While the health burden due to transportation declined in the US and the EU between 2010 and 2015, in India and China it increased by 26 percent.
In India, deteriorating air quality has prompted the government to announce a series of measures such as a rapid shift to BS-VI norms and long term plans to shift the entire vehicular sector to electricity. However, what we seem to be missing is a drive towards achieving an improved energy mix diversification and greater utilization of immediately available alternatives such as Auto LPG. In the past two decades, countries like South Korea and Turkey have achieved significant environmental gains by shifting large parts of their vehicular fleets to Auto LPG that drastically reduces harmful emissions from exhausts. India would do well to learn from these successful examples.
South Korea leads the pack
South Korea was one of the first countries to promote the use of Auto LPG in a major way, way back in the 1970s. The boost to Auto LPG demand came primarily from taxis, buses and other public vehicles that adopted the fuel due to supportive government policies and a fuel-tax advantage. This was accompanied by environmental restrictions on diesel vehicles. By 2010, consumption of Autogas had peaked in South Korea touching 4.5 million tonnes with almost 2.5 million vehicles running on the fuel. Last year, the country took a major step towards further boosting the demand for this environmentally healthy fuel. With concerns of air pollution and high content of harmful PM 2.5 in the environment, the country lifted restrictions on the use of auto LPG in private vehicles, opening another round of surge in consumption and improvement in air quality.
Turkey’s consumes more Auto LPG than petrol
Turkey stands as a remarkable example of being the only country where Auto LPG sale is higher than that of petrol. Turkey started witnessing spectacular growth in consumption of Auto LPG at the end of the 1990s when the use of the fuel was legalized in the transport sector. By 2009, the consumption of Autogas had overtaken that of gasoline. Between 2010 and 2016, Auto LPG consumption more than doubled. The country consumed around 3.14 million tonnes of autogas, with 4.44 million vehicles running on it and 10,426 refueling sites. Today, autogas addresses almost 14 percent of the country’s total demand for transport fuels.
Why increasing number of countries are preferring Auto LPG over petrol?
While looking for cleaner and cost-effective alternative fuels a district in Missouri, USA launched an evaluation project to assess the comparative benefits of CNG and Auto LPG. They found that Auto LPG was far superior in both environmental sustainability and fuel and maintenance cost savings. Today, almost 13,000 Autogas powered school buses are operating in 700 school districts across US, transporting over 700,000 students across North America.
Worldwide, the consumption of Autogas is rapidly growing with the growing realization that harmful exhaust emissions need to be curbed. Auto LPG makes a viable cut as the leading alternative clean fuel which can be rapidly deployed to clean up our air. LPG has a global warming potential (GWP) factor of zero, implying that it is not a greenhouse gas. Emissions of harmful nitrogen oxides (NOx) and harmful particulate matter PM 2.5 are also negligible for Auto LPG. Not only does this make Auto LPG a cleaner transport fuel choice than petrol and diesel but also as compared to CNG. It can therefore play a very important role in mitigating greenhouse-gas emissions until ultra-low or zero-emission vehicle technologies such as Electric Vehicles become commercially viable on a large scale.
And the world is responding to this realization. Globally, 27 million Autogas vehicles are in use and over 76,000 refueling sites are currently operational. In 2016, the total global consumption of Auto LPG stood at 26.7 million tones, a 16 percent increase over 2000. It is globally the most popular alternative transport fuel to petrol and diesel. Apart from South Korea and Turkey, other nations that have consciously crafted favorable policies to promote Autogas usage and have boosted its consumption include Russia, Poland and Italy, to name a few. In Australia, a whopping 615,000 Autogas cars are already on the roads.
Can India replicate the above models?
If backed by effective policy interventions, Auto LPG can act as a “bridging fuel” in the transition to a zero-emission energy system. Unfortunately, despite having a significant price advantage over petrol and diesel and practical benefits and viability in immediate deployment, Auto LPG has achieved only marginal success in India. Worse still, a number of policies are actually hampering its growth at a time when we need to deploy clean transport alternatives swiftly.
The government must immediately consider reducing the prohibitive GST rate of 28% on auto LPG conversion kits, and lowering the GST on auto LPG to 5%, which currently stands at 18%. Also, an immediate reform is required in the existing Type approval rules for retrofitment kits. The existing Type approval norms require companies to renew prohibitively costly Type approvals every three years. These rules which are incomplete variance of international norms are having an enormously detrimental effect on the retrofitment market.

Black fungus in Covid patients– Awareness is the key

MOGA BYE-ELECTION: A political gambling on defectors and...

Covid 19 and Heart – Things one should know