Were Biden and Ghani in denial mode as Taliban marched towards victory? 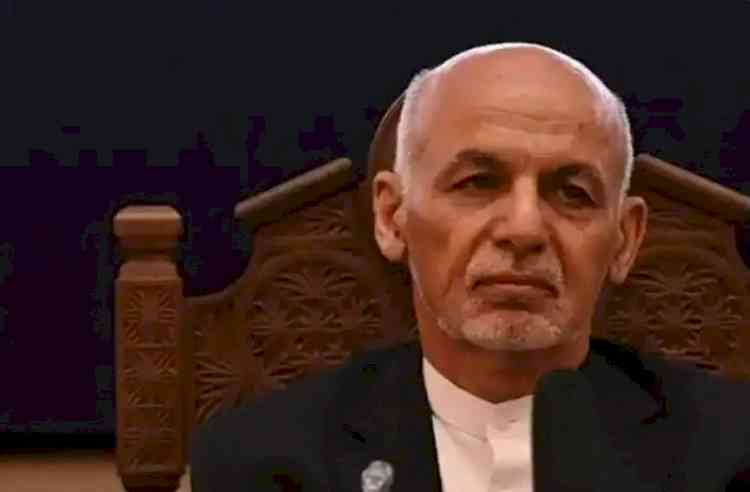 By Mrityunjoy Kumar Jha
New Delhi, Sep 1: In a shocking revelation, a report says that the US president Joe Biden wanted the then Afghan president Ashraf Ghani to create a "perception" that the Taliban is not winning and he is "capable" of defeating them, "whether it is true or not".

On Tuesday, the day the US forces left Afghanistan, Reuters released excerpts from the last call between Biden and Ghani before the Afghan president fled. The last phone call between Biden and Ghani was on July 23 and in these 14 minutes of conversation, according to the transcripts obtained by the Reuters, "Biden offered aid if Ghani could publicly project, he had a plan to control the spiralling situation in Afghanistan. "We will continue to provide close air support, if we know what the plan is," Biden said.

This was the time when Taliban was continuing its advancement in different parts of the country, projecting the group as a winner. But both the leaders were far away from the ground realities. Biden was more "focussed" on "spinning" the perception, reveals the report.

"I need not tell you the perception around the world and in parts of Afghanistan, I believe, is that things are not going well in terms of the fight against the Taliban", Biden told his counterpart Ghani, "and there is a need, whether it is true or not, there is a need to project a different picture."

The ï¿½leaked" damaging report says that Biden also asked Ghani how to go ahead with the perception making exercise.

"The US president advised Ghani to get buy-in from powerful Afghans for a military strategy going forward, and then to put a "warrior" in charge of the effort, a reference to Defence Minister General Bismillah Khan Mohammadi". General Bismillah Khan Mohammadi, who fought under the late anti-Taliban commander Ahmad Shah Massoud during a 1990s civil war, was appointed the new Defence Minister by the Afghan president Ghani in the last week of June.

"You clearly have the best military, you have 300,000 well-armed forces versus 70-80,000 and they're clearly capable of fighting well, we will continue to provide close air support, if we know what the plan is and what we are doing," Biden said.

He asked Ghani to organise some meetings with the anti-Taliban warlords in support of the Afghan government and army. That will boost the image of the crumbling government.

Biden also told Ghani that if Afghanistan's prominent political figures were to give a press conference together, backing a new military strategy, "that will change perception, and that will change an awful lot I think."

And Biden assured Ghani, "we are going to continue to fight hard, diplomatically, politically, economically, to make sure your government not only survives, but is sustained and grows."

After the call, the White House released a statement that focused on Biden's commitment to getting funds and supporting Afghan security forces. Ghani complained to Biden how Pakistan was providing full support to the Taliban.

"We are facing a full-scale invasion, composed of Taliban, full Pakistani planning and logistical support, and at least 10-15,000 international terrorists, predominantly Pakistanis thrown into this."

Irony of the situation was that while experts were claiming the fall of Kabul would be imminent in the next four week, the two leaders were discussing perception strategy rather than military.

After 22 days of this conversation, Kabul fell to the Taliban and the Afghan President Ghani fled the country, betraying his people and the army.

CRPF fully prepared to deal with any situation in J&K: DG

Black fungus in Covid patients– Awareness is the key