We are highly optimistic about the upcoming budget 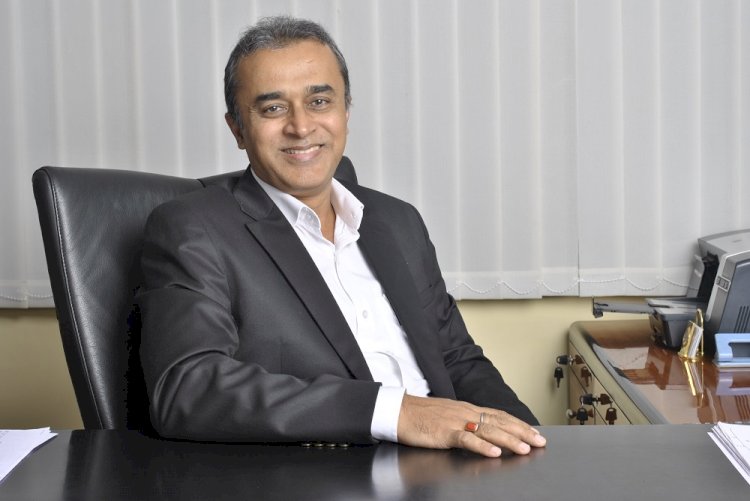 "India’s policy & economic environment is undergoing major changes. The Consumer Electronics and Appliance industry is also facing multi-pronged challenges. The penetration level for durables has traditionally been low in India. Currently, the penetration levels stand at 33% for Refrigerators, 12% for Washing machines, followed by Air Conditioners at 5% and Television (65% in India, while 95% in China). While the low penetration is a growth opportunity, but the slow pace of penetration rise has a direct impact on demand levels for the category.

The industry has largely been stagnant this year and with increased customs duties, global economic changes and fluctuations in currency and commodity, the demand levels for next year are difficult to predict.

There are also regulatory changes. We welcome the GST, energy guidelines on ACs, QCO’s, plastic ban and other environmental regulations as these will eventually benefit the country. However, regulations also have implications on the investments and operations and sometimes on prices. Initially, large appliances and electronics were in the highest GST tax slab. Post GST revision, the tax rates were reduced for most, barring Air Conditioners and large screen Televisions, which continues to be in the highest tax slab of 28%. Lowering the tax slab to 18% would help offset the price pressure and spur demand for both Air Conditioner (Split and Window) and Television (above 32 inches), as both have a huge opportunity for volume growth. The reduction in tax slab would help in improving affordability among customers and attracting investments in component manufacturing. This will also help in penetrating the market, especially for AC category. Since AC is no more a luxury but an item of basic necessity.

Lowering the GST tax slabs for eco - friendly and energy-efficient products like Air Conditioners (4*, 5* Window AC and Split AC inverter models) and Refrigerators (Direct Cool and Frost Free) to 12%, will drive demand and increase the adoption of sustainable appliances by Indian consumers. The upcoming budget should additionally offer incentives for manufacturers to produce these energy-efficient products which will be in line with the governments focus on sustainability.

Additionally, Air Cooler; Ceiling Fan; Electric Iron; Household Filter; (Water Purifier) Pedestal Fan, are mass consumption items. With the thrust on affordable housing, these should be made more affordable. This is because there is a very high level of domestic manufacturing available in these categories.

Indian component suppliers are facing difficulty in competing with cheap Chinese imports. The government should consider initiating some measures to reduce the input cost to make these components by waiving duty on the inputs imported to make the components.

On the laundry list of items which a household require as a necessity, Television positions itself on the top. The basic custom duty on open cells (a key component to the TV) needs to be continued at 0% post September 2020 as well because the open cells are not being manufactured in the country and therefore levying duty on a commodity which is not manufactured in India will only put an additional stress for the TV manufactures.

Additionally, any expenditure incurred for taking professional help in aesthetic designing, prototyping, electronic controls designing etc. from any external design houses/enterprises should also be allowed as R&D expenditures. Also, this benefit must not be counted as a subsidy in the new corporate tax calculation, i.e. companies seeking to pay reduced corporate tax of 22% must not be denied the benefit of claiming the tax benefit behind R&D.

Also, to promote domestic manufacturing and Make in India the govt. must a launch scheme where preference should be given to locally manufactured goods over the imported ones.

On the front of Direct Taxes, rationalizing personal income tax slabs can help in increasing the number of taxpayers and would also assist in increasing disposable income in the hands of consumers. This will equally benefit the domestic savings rate and consumption.

We are highly optimistic about the upcoming budget and expect it to usher in a balanced combination of reforms and regulations, which will, in turn, boost the ACE industry, contributing positively to India’s growth story.”

OPINION: No hopes for Pervez Musharraf to fulfill his dreams

OPINION: Beware or Be Aware from Navjot Singh Sidhu - a...

OPINION: Full stop on groupism in BJP on Rajnath Singh’s...

Six times increase in deaths due to air pollution