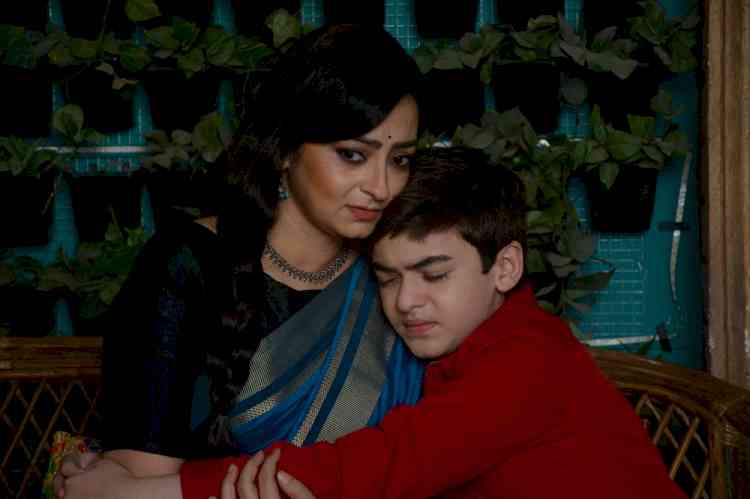 Sony SAB’s beloved superhero Baalveer has made a shocking discovery. Baalveer aka Vivaan (Vansh Sayani) has finally learnt the truth about his existence after Nakabposh (Dev Joshi) decoded the final clue to find the ultimate power to destroy Timnasa (Pavitra Punia). The last clue pointed towards Vivaan as the only power that can destroy Timnasa, which further revealed the heartbreaking fact that Vivaan is not Karuna’s (Jaya Binju) son. Baalveer Returns is set to take a dramatic turn as Vivaan deals with this sudden revelation and gears up for the ultimate fight with Timnasa.

Nakabposh and Ananya (Anahita Bhooshan) finally reach the last clue which reveals that Vivaan is the only power in the world that can defeat Timnasa. As this shocking revelation prevails so does the truth behind Vivaan’s real family surfaces. Vivaan is shocked and heartbroken to learn that Karuna is not his real mother and his entire life has been a lie.

On the other hand, Timnasa making use of Vivaan’s dilemma decides to trap him in a soul tree in the Kaalok using a black diamond. Timnasa takes an avatar of a little girl to trap Vivaan as he is emotionally weak.

How will Vivaan rise up to this challenge? Will Timnasa be successfully in trapping Vivaan?

Vansh Sayani, essaying the role of Vivaan said, “The episodes this week will witness Vivaan in the most emotionally vulnerable and shattered state has his entire life has taken a flip. He is heartbroken as he learns the truth about his birth. It is a challenging time for him as he is emotionally broken and at the same time he has a greater task in hand, which is to kill Timnasa. It will be exciting for our viewers to watch as howl Vivaan rises up to this final challenge ahead of him.”

Pavitra Punia, essaying the role of Timnasa said, “Timnasa has been anxious about this day but she has been following Nakabposh all through his mission. Now that she has learnt that Vivaan is the only power that can harm her, she will not leave any stop unturned to stop him forever. Timnasa has plans to trap Vivaan in the soul tree and prevail as the ultimate power in the world. So stay tuned to Baalveer Returns to know Timnasa’s next move.”

ALTBalaji and Roposo join hands to expand footprint amongst...