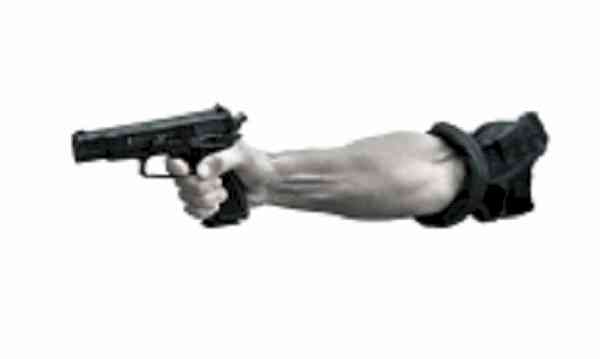 Bijnor (Uttar Pradesh), Aug 25 (IANS) In a shocking incident, a 17-year-old youth pulled out a gun, put it on the principal's temple and abused him, when the latter objected to the boy's shoddy dressing.

The incident took place at the Government Inter College in Bhaguwala here on Tuesday.

The principal saw a boy in the school assembly, sporting long hair and rings on his fingers and he was without uniform. The principal scolded him.

When teachers rushed to the principal's chamber, he escaped and it was found later that the teenager was not a student.

Principal Pankaj Kumar said, "After the assembly, when all teachers and students moved to their classrooms, this boy came to me and put a revolver on my temple and abused me. When teachers spotted him brandishing a revolver, they chased him and he fled the scene."

On inquiry, it was found that he was an outsider and not enrolled in the school.

The principal said, "I have lodged a complaint against him at Mandawali police station. The boy is said to be a resident of the Karauli village. It is yet to be ascertained why he had joined the morning assembly."

Bijnor Superintendent of Police (SP) Dharamveer Singh said, "We are probing the matter. The accused will be nabbed."

KMVITES OUTSHINE IN MSC PHYSICS SEMESTER I AND SEMESTER...

Dips College students give message to save environment