Wrestling is more than a sport in Nagaland 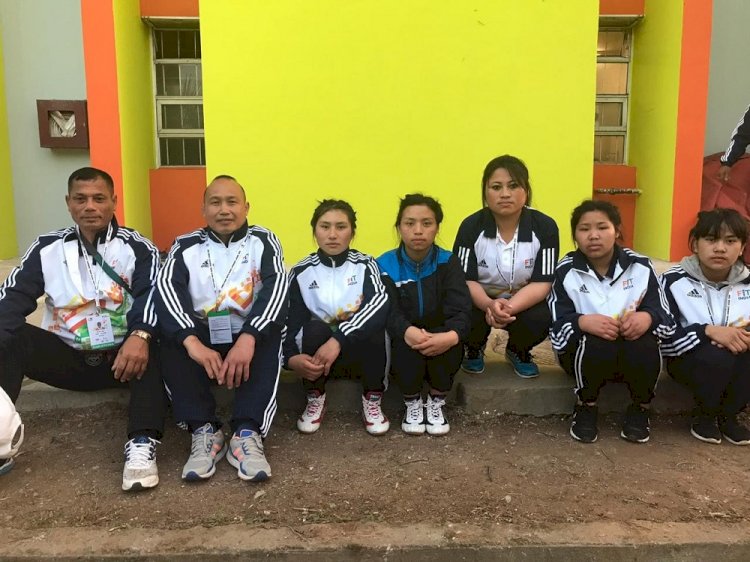 Guwahati: Far away from the bustle of international sport, unknown to most even in India, lives the ‘greatest wrestlers’ of his generation. Or so believe an army of his admirers in a remote village called Kidima in Nagaland.

Kikhwesiil Thokhwe simply laughed when asked about this, his coronation as the ultimate wrestler.

“I was not bad at all,” he said modestly. “But that is an exaggeration, just the love of my villagers,” he added.

To be fair, Kikhwesiil had won many national, state and district titles during the Nineties. The catch was that it was in a unique style of wrestling called Naga wrestling.

“Wrestling was a lifestyle for me. I couldn’t think of anything beyond that,” he revealed.

So when his body called time on him, Kikhwesiil decided to teach the art to kids around him, just so that he never had to be away from the sport.

He founded the Sports Academy for Wrestling in Kohima and aside from the traditional style also coaches kids freestyle. Not too surprisingly, the entire bunch in the Nagaland wrestling team at the Khelo India Youth Games are his pupils.

The Naga Wrestling Championship is held every year during the Hornbill Festival, attracting competitors from various tribes around the region, each of whom exhibit their own variation of the sport.

To the uninitiated, Naga wrestling is fairly different from other forms of wrestling in India and indeed from wrestling styles in the Olympics.

“In Naga wrestling, you win the bout if you pin any part of the opponent’s body to the ground,” Kikhwesiil said.

Naga wrestling is a sport restricted to men but Kikhwesiil’s academy offers training to girls, encouraging them to take up the sport.

Two of his wards, Vizoseno and Nosezonu Kuotso, have already fought in the 53kg (U21) and 46kg (U17) and made a fair impression.

Nosezonu, 15, is also from Kidima, and comes from a family that has played football.

“I started wrestling, in 2015 because of Sir,” she said. “He used to come to the village regularly and he would hold camps for kids. Moreover he would insist girls come and fill those camps.”

Despite initial reluctance, her parents got convinced purely on the merit of her performances at the village level. Eventually she graduated over to the Academy in Kohima.

“If you look at it, the states that dominate wrestling have a long tradition in the sport,” Kikhwesiil said. “Naga wrestling is over a century old, and we have wrestlers of immense calibre. But unlike Haryana or Maharashtra, there are very few wrestlers who graduate to freestyle.” Kikhwesiil explained, pointing to a lack of exposure among the youth.

“Now these two girls have come here. They have learnt something new. They will go back and perhaps tell their peers. Our boys will wrestle too and they will also gain knowledge. The idea has to spread by word of mouth.”

Wrestling, after all, is more than a sport in Nagaland; it is a lifestyle.

Virat Kohli to step down as RCB captain after the end of...