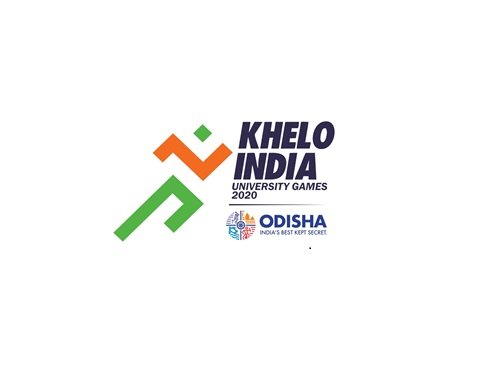 New Delhi: After successfully carrying out three editions of the Khelo India Youth Games, the Indian government has decided to conduct the Khelo India University Games. The first edition is being organized by the Government of Odisha in association with the Sports Authority of India, Association of Indian Universities, National Sports Federation and Indian Olympic Association (IOA) and participating universities from February 22 to March 1, 2020.

The Sports Ministry has taken steps to tap talent in the school and national level competitions in the last few years and now they are looking to expand their horizon. The University Games in the United States of America and European countries is very popular and has helped them to spot talent for their Olympic contingents. The Indian government is looking to find more talented athletes by providing a platform for university-level athletes to showcase their talents.

A tennis player from Jain University Rahul Shankar is excited to take part in the Khelo India University Games since there is not a lot of exposure for tennis players in India.

"I am extremely excited to participate in the first edition of the Khelo India University Games. I firmly believe that these Games are a step in the right direction for sports on the collegiate level in our country, especially for tennis since there is not a lot of exposure," said Shankar.

Kalyani Saxena from VNSG University, is currently one of the top swimmers of our country and a likely champion in the upcoming Khelo India University Games, having won 47 medals till date, including 7 National medals since 2011. Kalyani's father feels that there is a wave of change coming in terms of collegiate sports.

"Kalyani's university has been of great help in her development as a swimmer through the years by readily providing her with academic and attendance concessions. I feel there is a wave of change coming in terms of collegiate sports in our country, and the Khelo India University Games is an embodiment of the same," said Mr. Saxena.

A serial fencer Ena Arora, from Punjabi University, believes the Khelo India University Games will put fencing into the national spotlight and enable more athletes to come out and take up the sport.

"I believe the Khelo India University Games will put fencing into the national spotlight and enable more athletes to come out and participate. We have been left frustrated with the lack of competitions and exposure of the sport," said Arora.

Coming out of the Inter-University Games with a bronze medal, Ena is hopeful of bagging a gold herself, and with her team at the Khelo India University Games. The tournament which will witness over 4,000 athletes from 176 institutes across India in 17 disciplines will certainly provide a platform for talented athletes to shine on the biggest of stages.

Sourav Ganguly in his second live class on Unacademy

From running for supplies to breaking 3000m steeplechase...