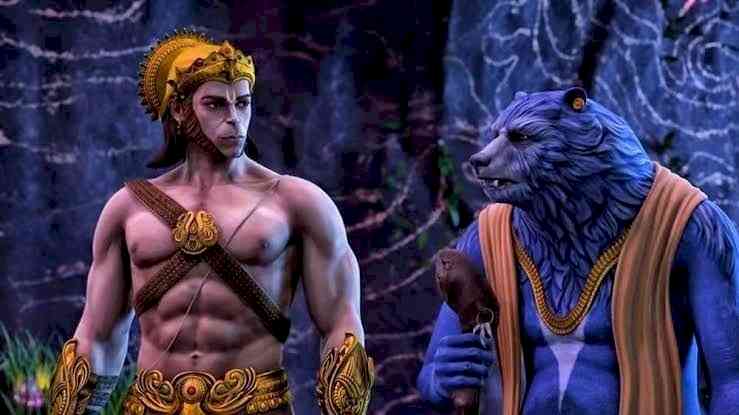 Mumbai: The second season of mythological animation series "The Legend of Hanuman" is all set to release on digital platforms with actor Sharad Kelkar as the narrator.

"The Legend of Hanuman Season 2", created by Sharad Devarajan, Jeevan J. Kang, and Charuvi P. Singhal, has been directed by Kang and Navin John, with Devarajan, Sarwat Chaddha, Ashwin Pande, and Arshad Syed the lead writers.

"The response received by the first season of 'The Legend of Hanuman' was amazing and humbling and has been a milestone for original Indian animation. The heroism of Mahabali Hanuman means so much to the world and so much to all of the people who worked on this project," Devarajan, co-creator of the series, said

"With the latest season, we take the story to greater heights with another chapter in Mahabali Hanuman's life and his first encounter with the demon King, Ravan which is brought alive through captivating visuals and comprehensible language. As he learns to wield his newfound power, it is a story of inner growth and heroism that we hope is relatable and inspiring to everyone," he added.

The 13-episode series will be available in Hindi, Tamil, Telugu, Marathi, Bengali, Malayalam and Kannada and will release on Disney+ Hotstar on August 6.

Before you use a new skincare product