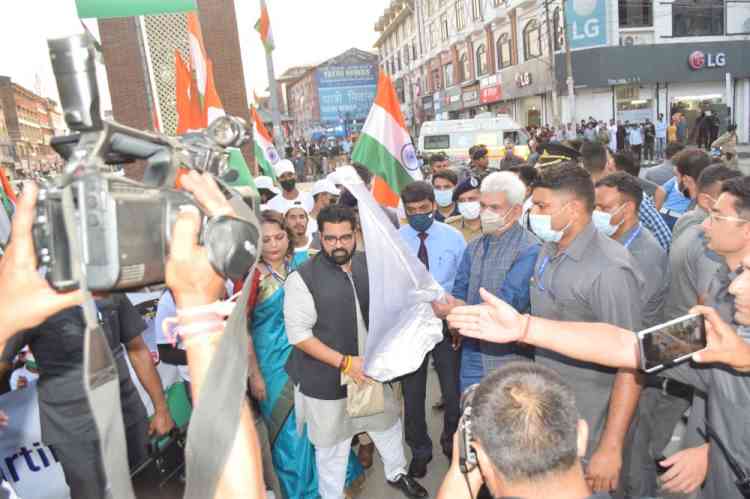 Srinagar, August 6, 2022: The Great India Run has been flagged-off from the iconic Lal Chowk in Srinagar on Friday evening. The relay-run will cover 829 kilometers across 4 states from Srinagar to New Delhi from August 5 to August 15. The run celebrates the 75th Azadi Ka Amrit Mahotsav and the 'Har Ghar Tiranga' campaign. An initiative of iTV & iTV Foundation, the run builds on the success of the first chapter of the Great India Run held in 2016.

The Flag-off in Srinagar was done by Manoj Sinha, L-G J&K and Kartik Sharma, Rajya Sabha MP from Lal Chowk, Srinagar. In support of the 'Har Ghar Tiranga' campaign, the L-G handed the lead runner a national flag after unfurling it at the venue. The first leg of the run is being led by Arun Bhardwaj, an Ultra-marathon runner.

At the Flag-off, LG Manoj Sinha praised the runners and wished them all the best.

Rajya Sabha MP Kartik Sharma paid tribute to the Har Ghar Tiranga Campaign and encouraged people from all over the country to come and join the run during it's various legs. "I'm thrilled to be here at Lal Chowk with the LG Manoj Sinha to witness the Great India Run Flag Off. This run is being dedicated to the 'Har Ghar Tiranga' campaign to mark our 'Azadi Ka Amrit Mahotsav'. My best wishes to all the hundreds of runners who will be running for India and encourage all fellow Indians to take part in mini-runs during the various legs. It is a tribute to the J&K establishment, central forces, police and Indian Army that such an event can take place in Lal Chowk. It shows the hope of the future that a New India represents. I'm looking forward to seeing the runners carrying the Indian flag all over the country and play their part in making the 'Har Ghar Tiranga' campaign a success," he said.

The run venue was decorated with 75 Indian tricolours to mark 75 years of Independence. The route covers Banihal, Patnitop, Mansar Lake, Dinanagar, Hoshiarpur, Rupnagar, Ambala Cantt. finally culminating in Delhi on August 15. Full details of the route are available at the twitter handle @TGIR2022. Daily coverage of the run will also be visible on national TV and the national press.

The culmination ceremony will be held in New Delhi on August 15th with Union Minister Jitendra Singh as Chief Guest.

Gulshan Devaiah: “Education can be a business but it cannot be a corrupt business!" 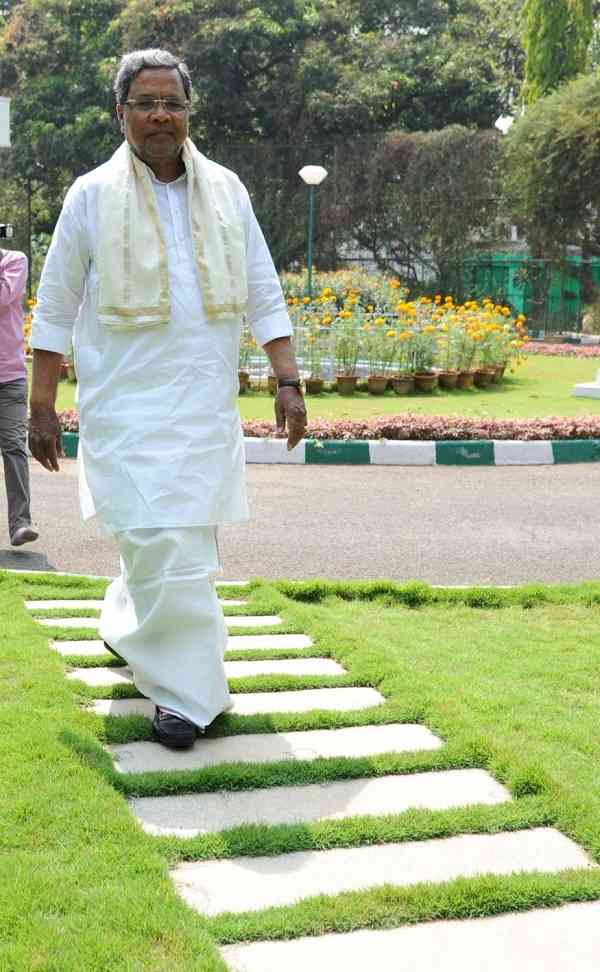 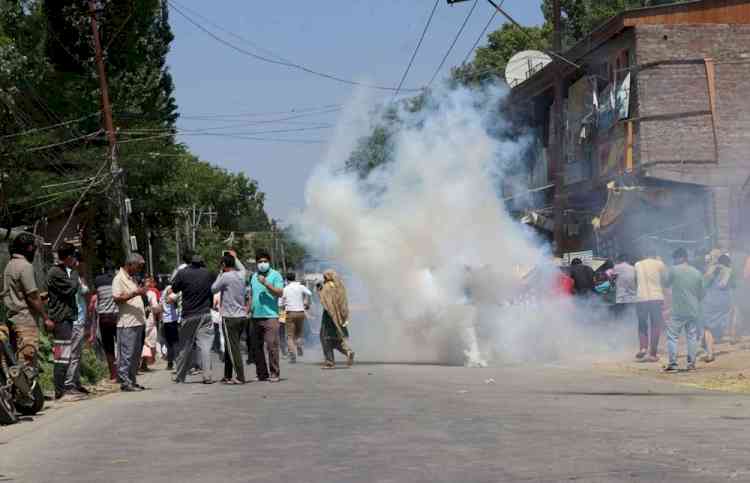 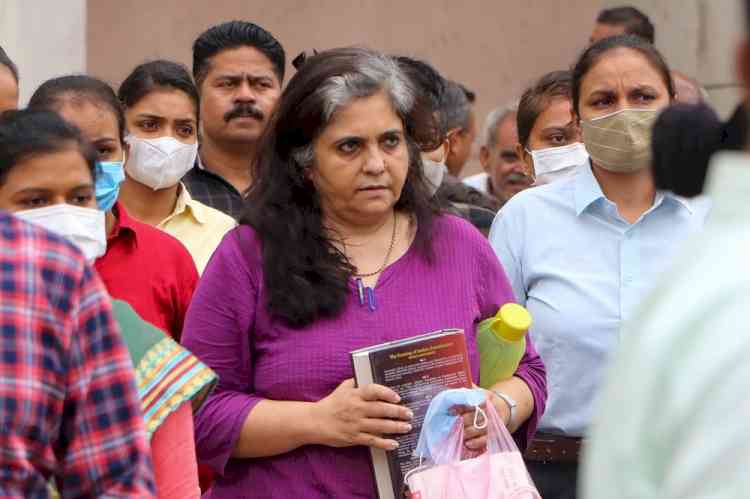