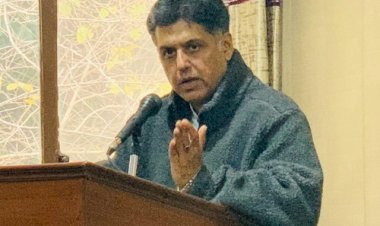 Tewari had written to the minister highlighting the problems being faced by the people who cross these two important roads. He said, both these roads fall in his parliamentary constituency of Sri Anandpur Sahib and are very important in terms of road connectivity in the state.

He disclosed that the minister assured him about the timely completion of the road as 65 percent land had already been transferred to the National Highway Authority and the remaining land for rhe purpose would be transferred by the month of June.
Tewari said, he brought to the notice of the minister the unusual and inordinate delay in completion of these two particular elevated road projects causing undue harassment to tens of thousands of people every day.

Fungal Nail Infections should be taken care of